CDMO Vibalogics plans for its late-phase clinical and commercial manufacturing facility to be operational in 2021.

Vibalogics, a contract development and manufacturing organization (CDMO) specializing in oncolytic viruses, viral vector vaccines and viral vector gene therapy products, has entered the ŌĆśPhase IŌĆÖ stage of the investment into the site.

The three-year project will see a 110,000-square-foot facility constructed near Boston, Massachusetts, which will be operational in the second half of 2021. This investment follows on from the German companyŌĆÖs expansion of its site in Cuxhaven last year, when the CDMO added a new manufacturing line. 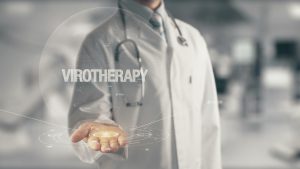 However, the scale of the more recent investment dwarfs the previous effort, with a cost of $150 million (Ōé¼126 million) and involving the creation of 100 jobs initially, potentially rising to 250 employees in the next four years.

In terms of what the facility will be outfitted with, a spokesperson for Vibalogics told Bioprocess Insider that it will be home to multiple manufacturing trains, with at least one of these having dual 2,000L single-use bioreactors.

Beyond this, further capacity will be added based on customer and market demand, with there being ŌĆśsignificant expansion spaceŌĆÖ in the facility.

Earlier this year, Vibalogics announced that it would provide clinical trial material for Johnson & JohnsonŌĆÖs COVID-19 vaccine candidate from its Cuxhaven site.

The spokesperson noted the investment in the US has been driven by demand, which has been building over time.

ŌĆ£The need for manufacturing and development capacity in virotherapy has been growing significantly for more than┬Āthe last┬Āten years, and the recent spotlight on viral vaccines for COVID-19 has only amplified the need for greater capacity┬Ānow and in the future,ŌĆØ they explained.

Prior to the current pandemic, private equity firm, Ampersand Capital Partners saw the potential for the CDMO, after it purchased the company for an undisclosed fee.

At the time, VibalogicsŌĆÖ then CEO, Stefan Beyer, stated that the private equity company would provide the investment to expand the company into the US and other regions.

In July of this year, Vibalogics appointed a new CEO in Tom Hochuli, who arrived after two years as head of cell and gene therapy operations at LonzaŌĆÖs Houston, US, site.

As part of the announcement, the CDMO stated that Hochuli would be tasked with leading its US expansion and its global growth strategy,

When asked about future plans, the spokesperson confirmed that the company is investing in its business development resources across the US and globally, though further infrastructure investment would arrive ŌĆśas the business warrantsŌĆÖ.