Once the expansion is complete the manufacturing capacity in Halle, Germany will be more than tripled, says Wacker.

The expansion, which sees contract development manufacturing organization (CDMO) Wacker invest over $102 million, will consist of four floors connected to an existing building. In addition to the four messenger RNA (mRNA) production lines, the building will also include quality control laboratories, storage areas, and office space.

According to Wacker, once operational the plant will produce mRNA coronavirus vaccines. In April the German government selected the CDMO to be part of its pandemic preparedness plan where the â€śfederal government pays companies an annual standby fee from the time of readiness to ensure that capacity is maintained and available in a timely manner to produce sufficient vaccine for citizens when called upon,â€ť a spokesperson for the firm told BioProcess Insider. 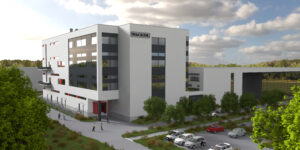 â€śUnder the pandemic preparedness contracts, we will maintain about half of the capacity of the mRNA competence Center on standby for the federal government. The remaining approximately 50 percent of the capacities will be available to other potential customers.â€ť

The firm expects the plant and production lines to be fully operational in under two years and anticipates hiring approximately 200 members of staff as part of the expansion. Recruitment is being looked for in all departments, with particular focus on laboratory assistances, pharmaceutical technicians, supply chain management, quality control, and employees in production.

â€śWith the mRNA competence center, we bundle our know-how in Halle. We see the mRNA technology as one of the pharmaceutical disruptive technologies, the importance of running different processes and have capable manufacturing capacity up and ready will increase in the coming years,â€ť the spokesperson told us.