Chinese CDMO WuXi Biologics has entered a ten-year lease on a clinical biomanufacturing facility in New Jersey weeks after securing a production site in Massachusetts.

The contract development and manufacturing organization (CDMO) announced yesterday it has signed a 10-year lease agreement for a clinical manufacturing facility in Cranbury, New Jersey.

The 66,000 square-foot plant, expected to be operational later this year, will house 6,000 L of single-use bioreactors, a WuXi Biologics spokesperson told us, as well as process development (PD) and quality control (QC) labs. Over 100 jobs are expected to be created. 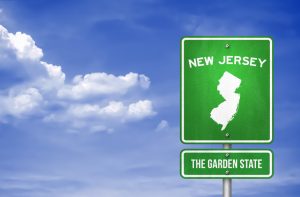 The decision to lease a facility comes off the back of high demand for biomanufacturing services, and allows ŌĆ£early online time for partners,ŌĆØ the firm said. The leasing contrasts with the CDMOŌĆÖs decision to build a facility as it has chosen to do in its first move onto American soil.

In 2018, WuXi announced plans for a $60 million biomanufacturing plant in Worcester, Massachusetts. And last month, the firm finally secured an agreement with the Worcester Business Development Corporation to commence building of the clinical and commercial manufacturing facility.

In the interim, the CDMO advanced its US presence within the development space, leasing a 33,000 square-foot site just a few weeks ago at the former GSK site in King of Prussia, Pennsylvania, now run by Discovery Labs, to establish a process development lab.

From having zero presence in North America to having three facilities secured within the space of weeks is a major achievement for the China-based company. But when asked, there are ŌĆ£no further plansŌĆØ to expand in the US.

While growing its domestic manufacturing network, WuXi Biologics has also mushroomed out of China over the past few years. As well as the moves into the US, the CDMO has set up manufacturing operations in Singapore, Germany, and Ireland, where construction of a 54,000 L plant is underway.

The firm has also increased its presence in the biopharma space by adding vaccine manufacture ŌĆō with a plant being constructed at the aforementioned Ireland site ŌĆō and microbial fermentation capabilities.