The newly formed vaccines subsidiary of CDMO WuXi Biologics will create 200 jobs at a site in County Louth, Ireland.

Now the firm and IrelandŌĆÖs Industrial Development Authority (IDA) have revealed the level of investment in the vaccine facility will be $240 million (Ōé¼218 million) and bring 200 jobs to the area. 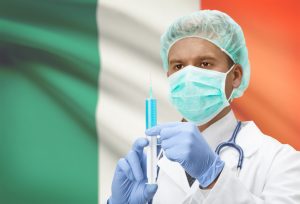 Eileen Sharpe, from the IDA Ireland said this investment ŌĆ£will considerably strengthen our life sciences ecosystem and reinforce IrelandŌĆÖs strong drug manufacturing capabilities. The additional 200 jobs being created by the WuXi Vaccines project will provide a substantial further boost to the economy of not just County Louth, but the whole North East region.ŌĆØ

The facility will be built adjacent to a production site being constructed by parent company WuXi Biologics. The contract development and manufacturing organization (CDMO) broke ground on the Ōé¼325 million single-use biologics plant in 2018. The site is the first production site outside of China for the drugmaker, which has since expanded into Singapore and the US.

According to an IDA spokesperson, the site in Dundalk is ŌĆ£the biggest construction site in Ireland at the moment.ŌĆØ

WuXi Vaccines was formed in May 2019 to service a Letter of Intent (LOI) inked with a multinational vaccine company said to be worth more than $3 billion.

ŌĆ£Due to process complexity, extensive analytic testing and rigorous regulatory standards, vaccines are difficult to manufacture, and process and quality control are extremely critical for the quality of the product,ŌĆØ WuXi Biologics CEO Chris Chen said.

ŌĆ£This new project to exclusively manufacture a vaccine for the global market is among the first of its kind in the industry and is a further testimony to the technical strengths and premier quality which WuXi Biologics will bring to Dundalk.ŌĆØ