But now these therapies have proved themselves, the major talking point among delegates at the Phacilitate conference in Miami, Florida last week was how to make these products affordable, with an overall agreement that industry needs to severely reduce the cost of manufacturing. 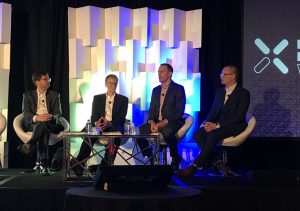 Anthony Davies said that after investigating the publicly available numbers surround the costs of goods sold (COGS) his firm Dark Horse Consulting realized that whether autologous, allogeneic or pure-play gene therapy, the manufacturing costs are stifling the sector.

“The COGS picture is not good, we feel this is a significant driver of pricing and we don’t feel that unreasonable margins are being applied by companies to their approved products. But we do feel that for those prices to come down, something serious has to be done about COGS.”

A panel of experts concurred, and while Nicolas Danzenbächer, senior product manager at Miltenyi Biotech, suggested the high price of some production could be reduced through “optimization and clever planning,” he said the key areas for manufacturers to focus on are closed and automated systems.

“There are no complete closed systems as yet,” he said, but “from a vendor’s perspective, the closer you get with the process being as closed as possible, the lower your COGS will be.”

David Kneen, VP of Cell Therapy at product development services firm Invetech, agreed, adding that closed systems have a “massive impact on robustness and therefore on COGS, but this is mostly driven by the ability to get high capacity utilization out of whatever equipment you are using.”

Standardization and lack of platforms

And while Chris Mason, CSO of early-phase gene therapy firm AvroBio and founding member of the Alliance for Regenerative Medicine (ARM), confirmed that “closed and automated are the future,” he warned that the lack of standardized platforms is holding the space back.

“We’re going to get to the point where manufacturing in a closed based system will have to standardize or it’s just not going to allow this industry to grow and realize its full potential,” he said. However, before standardization can take place there needs to be more technology offerings available.

“At the moment we don’t have enough closed systems – I’m struggling to name more than about four or five! [The sector] is so small, so we are going to have to see a bit of an explosion in technology in the closed system space to come up with the next generation.”

But while there is still much work to bring closed and automated systems on board and lower manufacturing costs, the panel took some solace in the fact that in the early days of monoclonal antibody production a gram of drug substance cost over $30,000 to make. Today a gram costs just a few dollars.