In June 2020, the firm announced plans to invest $928 million to double capacity at the Danish site it acquired from Biogen in 2019. The capacity was 90,000 L and the expansion (which started last week) will boast another six large-scale stainless-steel tanks, giving a total capacity of 240,000 L when installation is complete, expected in the second half of 2023.

Fujifilm will also add a fill/finish production line at the facility, which will boast a fully automated system that can produce up to approximately 35 million units per annum. 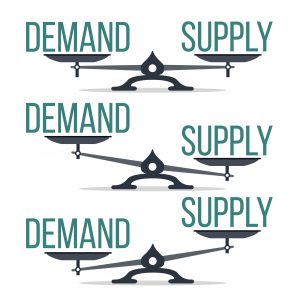 The large-scale expansion in Denmark is one of several that the contract development manufacturing organization (CDMO) Fujifilm has made. However, the firm told us its latest expansion is strategic and matches the demand of the industry.

ŌĆ£The strategic reason for this expansion is that our data suggests that the biopharma CDMO market is growing at over 8 percent annually, and we are prepared to meet that demand,ŌĆØ Fujifilm spokeswoman Christine Jackson told BioProcess Insider. ŌĆ£We are also seeing this trend with our customers; since acquiring the Denmark┬Āsite, and combining the site’s advanced infrastructure with our manufacturing experience, we’ve seen an influx in new orders from existing and new clients.ŌĆØ

In January, the firm said its expansion in Denmark has driven a $2 billion investment to add a further 160,000 L of US bioreactor capacity and aims to build and open a mammalian cell culture facility in the US in 2025.

ŌĆ£Fujifilm has highlighted the CDMO business as a priority growth area and is actively investing in technology to expand its manufacturing capacity to meet the growing demands of customers,ŌĆØ said senior executive vice president and general manager of Bio CDMO division, Takatoshi Ishikawa.