Vaccines cost too much to make according to Univercells, which aims to have a novel platform ready for commercial-scale production by 2020.

Vaccines have had a dramatic impact on human health. One recent study argued that vaccine development â€śrepresents humankindâ€™s most important and successful endeavorâ€¦ over the last 200Â yearsâ€ť [1].

Many diseases that caused millions of deaths in generations past have been stopped in their tracks by industry-supported vaccination programmes run by entities like World Health Organization (WHO), UNICEF and the GAVI Alliance. 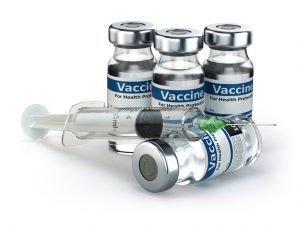 â€śSmallpox was once one of the most feared diseases, until the implementation of global vaccination programmes enabled it to be declared eradicated in 1979. This eradication cost approximately 100 million US dollars ($US), but is estimated to generate annual savings of 1.35 billion $US.â€ť

The key to any effective vaccination programme according to the Bill & Melinda Gates Foundation is ensuring the widest possible access by reducing production costs.

To that end the Foundation funds research into improved production methods through its â€śGrand Challengeâ€ť grants.

Spokesperson Marie Jourdan told us about Univercells involvement in one such programme explaining that, in collaboration with Batavia Biosciences and Merck Milliporeâ€™s Natrix unit, the firm developed a novel polio vaccine production platform.

â€śThis would enable the entire production process to be contained in closed micro-environment, in this case isolators ensuring process and environment safety, eventually simplifying manufacturing facilities for drastic costs reduction,â€ť she added.

The platform â€“ called the NevoLine bioproduction systemÂ â€“ consists of a high-density fixed-bed bioreactor. Jourdan told us it has a much larger surface for cell growth than current technologies, meaning bioreactor size is decreased 20 to 40-fold compared to process based on micro-carriers.

Jourdan said â€śA large-scale NevoLine system including a scale-X bioreactor with 600mÂ˛ growth surface would yield 575,000 doses of trivalent polio vaccine per batch. The entire system benefits from a very low footprint <10mÂ˛, leading to a simplification in clean rooms and facility designs, for a drastic impact on required capital investment.â€ť

The technology also has wider application. In June Univercells announced it had received a second grant from the Foundation to leverage the technology for Measles and Rubella vaccines.

There is also scope to use the design processes that created the system to develop other biomanufacturing systems according to Jourdan.

â€śSuch process design is also being applied to biomanufacturing of biotherapeutics such as biosimilar antibodies, where drastic cost reduction could also lead to a noticeable impact on product availability, may it be in developed economies and low and middle-income countries.â€ť