AbbVie says payors will look to consistent global supply as a key differentiator among the many Humira biosimilar makers poised to enter the US market.

AbbVieŌĆÖs autoimmune monoclonal antibody (mAb) Humira (adalimumab) is the bestselling drug of all time, clocking in over $193 billion for AbbVie (and previously Abbott) since its launch in 2003 to the end of 2021.

Last year alone it pulled in $20.7 billion (though lost out to the industryŌĆÖs top seller spot due to $36.9 billion in sales of PfizerŌĆÖs COVID-19 vaccine Comirnaty, though this level of sales is unlikely to continue as the pandemic fades), with the majority ŌĆō $17.3 billion ŌĆō coming from the US, where Humira continues to have exclusivity. 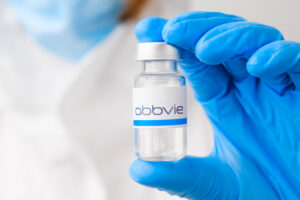 While Humira has faced biosimilars in Europe since 2018, AbbVie has staved off US competition due to its web of patents and legal agreements forged with a host of biosimilar developers. But 2023, the firm is bracing for the US to open up, with up to 10 competitors looking to take a slice of the market ŌĆō the potential players are: Alvotech, Amgen, Boehringer Ingelheim, Coherus, Fresenius Kabi, Mylan, Pfizer, Samsung Bioepis, Sandoz, Viatris.

At the recent Morgan Stanley 20th Annual Global Healthcare Conference, Jeff Stewart, AbbVieŌĆÖs EVP and chief commercial officer, acknowledged the competition lining up and said consistency of supply would prove a winning factor among the pack.

ŌĆ£That’s absolutely in the consideration set of a PBM [Pharmacy Benefit Manager] or a payor,ŌĆØ he said. ŌĆ£With Amgen, they’ve been able to consistently supply globally and so a payor will look at Amgen perhaps differently than some of the others in that second tier of the launches.ŌĆØ

Amgen was the first to win US approval for its adalimumab biosimilar Amjevita back in 2016, and through settlement with AbbVie is expected to launch on January 31 2023, five months ahead of the rest.

In context, Stewart was asked about Alvotech, which received a US Food and Drug Administration (FDA) complete response letter (CRL) for its adalimumab biosimilar, AVT02, due to manufacturing deficiencies relating to its Reykjavik, Iceland facility.

ŌĆ£When the payers set their mind to it ŌĆō despite the fact that there are citrate-free, non-citrate free, different doses, different concentrations ŌĆō they do have to go through that set to pick which biosimilars [to support],ŌĆØ he said.

ŌĆ£One of the biggest considerations from that notification that we saw with Alvotech is a little bit of, ŌĆśha, okay, now that makes me nervous,ŌĆÖ even if they can correct it. I mean, I’m sure they can correct it, maybe reasonably quickly, but it sort of raises that continuity of supply with whoever I want to partner with from a biosimilar to a pretty high level.ŌĆØ