Bristol-Myers Squibb says it expects viral vector supply to ramp up later in the year as third-party and inhouse capacity come online.

Bristol-Myersâ€™ Abecma (idecabtagene vicleucel, commonly referred to as ide-cel) was approved in March 2022 as the first cell-based gene therapy for the treatment of multiple myeloma. 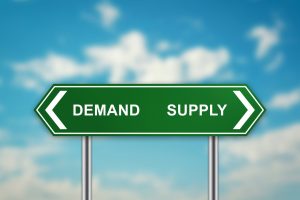 He added demand for the CAR-T therapy â€ścontinues to be very robustâ€ť but noted the firm is suffering supply line constraints and is thus â€śworking hard to expand capacity.â€ť

Demand for vectors remain higher than supply across the industry. Viral vectors are used to make a range of biopharma products, including cell lines used to produce therapeutic proteins and monoclonal antibodies (mAbs). However, the advent of cell and gene therapies over the past few years has driven demand further, while the response to COVID-19 has further stretched supply.

According to Bristol-Myersâ€™ chief commercialization officer Christopher Boerner, the firm is hoping to secure Abecma vector supply by later this year.

â€śOur efforts are really focused on working with CMOs [contract manufacturing organizations] to accelerate capacity for vector,â€ť he told investors. â€śAnd then internally, we’re focused on flat capacity: there are a number of things across both of these efforts that we’re focused on, including training and qualifying new staff, increasing our operational efficiency and increasing site capacity.â€ť

Bristol-Myers has invested in its own cell therapy network over the past few years, with expansion projects underway in Devens, Massachusetts, Bothell, Washington, and Leiden, The Netherlands.

Boerner added: â€śOn Abecma, we would anticipate being in a much better position for supply as we get into the middle of this year.â€ť