Amgen will look to commercialize several of its biologics and advance 20 oncology candidates in China as it acquires roughly 20% of local drugmaker BeiGene.

ŌĆ£We expect this to become an important market for us through time,ŌĆØ he told investors. 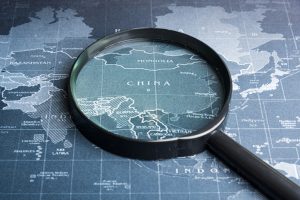 Days later, and the biopharma firm has struck a deal to bring more of its portfolio to the region, acquiring a 20.5% Stake in BeiGene for approximately $2.7 billion (Ōé¼2.4 billion) in cash.

The deal will see BeiGene commercialize AmgenŌĆÖs Xgeva (denosumab), Kyprolis (carfilzomib) and Blincyto (blinatumomab) in China in a profit and loss share model, with the products reverting back to Amgen over the next five to seven years.

BeiGene, meanwhile, will help develop a further 20 oncology drugs in AmgenŌĆÖs pipeline to bring to the China market, contributing $1.25 billion to the development costs. BeiGene will gain commercial rights in China for seven years after launch for those that receive approval, including AmgenŌĆÖs AMG 510, a small molecule inhibitor of KRAS G12C being investigated as a treatment for a variety of solid tumors.

BeiGene, meanwhile, has been growing its biotech presence in China since its founding in Beijing in 2010. The firm, which went public on the Nasdaq with a $182 million IPO in 2016, bolstered its pipeline in 2017 through the acquisition of CelgeneŌĆÖs commercial operations and portfolio assets in China.

From a manufacturing standpoint, BeiGene built a facility in Suzhou in 2016, and broke ground on a commercial-scale biologics manufacturing facility in Guangzhou the following year. Both sites rely on single-use flexible technologies supplied by GE Healthcare, with the Guangzhou site based on the vendorŌĆÖs KUBio off-the-shelf platform.

In other news this week, Amgen has pulled out of its neuroscience R&D programs.

ŌĆ£Upon careful evaluation of our pipeline and the challenges inherent in developing drugs for major neurologic diseases, we’ve made the decision to end our neuroscience research and early development programs with the exception of programs centered on neuro inflammation that will be pursued by our inflammation TA [triamcinolone acetonide],ŌĆØ Bradway told investors.

ŌĆ£This was a very difficult decision and we know it will be a disappointment for our staff and the scientific community. Over the years, many people at Amgen have devoted time and energy toward developing medicines for patients with neurologic conditions and I’d like to thank and acknowledge them for their efforts.ŌĆØ

He did not rule out future programs in the space, however, saying that with around half the genes in the body expressed in the brain the space can still be lucrative. ŌĆ£We’ll be exploring potentially different models for doing that with venture capital and perhaps academic institutions as well.ŌĆØ