Bristol Myers Squibb will apply the same strategy used to increase Abecma supply to increase capacity for Breyanzi as it pushes back projected timelines into next year.

Having been approved in February 2021 for Large B-cell Lymphoma, the therapy won second-line approval for relapsed or refractory large B-cell lymphoma (LBCL) in June, which â€śgives us the broadest label of any CAR-T product in non-Hodgkin’s lymphoma.â€ť 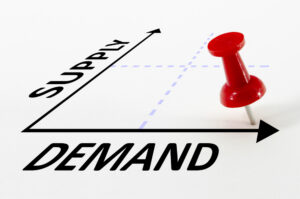 But the therapy remains a long way off being the key growth driver BMS has touted it to be, pulling in just $39 million in the second quarter this year. In July, the company said high demand was stifled by lower-than-expected manufacturing success rates but claimed the manufacturing issues had now been addressed.

â€śWith the second-line approval, we had hoped to be able to improve capacity coming into the second half of the year. It looks like now, that’s going to be pushed into 2023,â€ť he said.

â€śAs you know from the history of CAR-T manufacturing, this technology is very complicated. Almost every company that’s been in this space has encountered some challenges. We have confidence we’ll work through it.â€ť

Boernerâ€™s confidence is well-founded, with BMSâ€™s other commercialized CAR-T therapy Abecma (ide-cel) â€“ approved in March 2021 as a multiple myeloma treatment â€“ has also felt the strain of manufacturing issues and a shortage of LVV.

In February, the company spoke about overcoming the supply constraints by accelerating partnerships with contract development and manufacturing organizations (CDMOs) and simultaneously increasing inhouse operational efficiency, capacity, and qualified staff.

â€śThe good news though is the same manufacturing team at a sort of general level that was working on Abecma is focused on Breyanzi,â€ť he said.

Second quarter Abecma sales stood at $89 million, up 370% from the previous quarter.