Boehringer Ingelheim has begun an expansion at its biomanufacturing facility in Shanghai as it looks to tap the “great potential in China.”

The expansion at the site in Shanghai covers an additional bioreactor and will include the necessary utility and infrastructure to support GMP operations of two 2,000 L single use bioreactor manufacturing lines. When asked, the Germany-headquartered firm did not divulge further details on the specifics of the investment.

Boehringer Ingelheim spent more than €70 million in the first-phase of investment for the single-use plant, which began operations in May 2017, and this latest expansion comes as the plant gets ready to begin the first commercial manufacturing batches of an undisclosed client’s monoclonal antibody product. 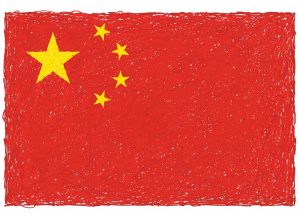 The contract development and manufacturing organization (CDMO) is also gearing up for increased antibody production across its global production network, with China earmarked as a major market.

“As part of this strategic network, we see great potential in China,” he continued. “With the construction of a cell culture plant in 2014, we therefore took the first strategic step into the People’s Republic of China and have continued to make well-founded investments since then. The increasing demands for world-class manufacturing in China reflect this strategical approach in a very positive way.”