Celltrion says it is committed to a biosimilars plant in Wuhan, China but has pulled project team out while it tracks the 2019-nCoV coronavirus outbreak.

Celltrion is keeping a close eye on the spread of 2019-nCoV according to a spokesman.

He told us â€śwhile we remain strongly committed to the project, it is difficult to say how the ongoing outbreak will affect our plans at this moment. 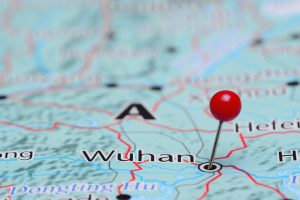 â€śWe are closely monitoring the situation and will continue to communicate with the officials of Hubei province,â€ť he added.

Celltrion had already sent a team to Wuhan to oversee construction of the project, however, the firm has now called back its staff.

The spokesman told us â€śAll employees have been [brought] back safely and the project will be managed in Korea for now.â€ť

Celltrion announced it would build the facility last month.

At the time the firm told Bioprocess Insider it signed a construction agreement with Wuhan city and the provincial government of Hubei Province for the project on 20 January 2020.

Celltrion said the facility would have capacity of 120,000 liters, which would make it the largest plant of its type in China.

According to Nikkei Asian Review construction was due to begin during the first half of this year, with at least 600 billion won ($514 million) to be invested in the project by 2025.

The virus 2019-nCoV was first identified in Wuhan in December. The virus has now been detected across China and in multiple countries.

According to the World Health Organisation (WHO) nearly 15,000 infections have been detected around the world.

The Wuhan facility is part of a wider Celltrion effort in China.

Speaking in January the firm said it has plans set up its sales and manufacturing infrastructure in the country.

It added that a portfolio of 16 biosimilar products tailored for the market will be rolled out by 2030.