The partnership will see Univercells Technologies ŌĆō a bioprocess technology firm under KKRŌĆÖs Gamma Biosciences umbrella ŌĆō work with VectorBuilderŌĆÖs manufacturing center in Guangzhou, China to develop and optimize platform processes for the production of custom viral vectors for both cell and gene therapies and vaccine applications.

ŌĆ£Through this partnership, both parties will leverage their respective products and services to deliver a complete solution for custom vector manufacture delivering high capacity with reduced footprint and costs,ŌĆØ a spokesperson from Univercells told BioProcess Insider. 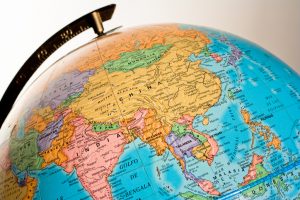 ŌĆ£With this new offering of optimized protocols and corresponding GMP manufacturing services, both parties will provide a high-performing, cost-effective solution for cell and gene therapy developers aiming to advance from R&D to clinical testing and subsequently commercialization.ŌĆØ

The contract development and manufacturing organization (CDMO) in China is relatively new. In 2015, a market authorization holder (MAH) system was put in place, opening the doors through┬Āfurther reforms┬Āfor commercial third-party manufacturers to operate in the country.

How much the opening of the CDMO sector in the worldŌĆÖs largest market will have an impact on the global industry is still uncertain, but according to Univercells innovation and ambition is driving the space.

ŌĆ£The Chinese cell and gene therapy market is quite dynamic both in terms of size and willingness to innovate. Indeed, Chinese CDMOs and developers are quite receptive in implementing new technologies as early adopters. For instance, we are witnessing news site build-ups (GMP suites) with innovative equipment instead of existing sites re-purposing,ŌĆØ we were told.

ŌĆ£We are seeing small molecules CMO traditionalists moving ahead to transform themselves into CGT-CDMO by increasing the breadth of capabilities offered at these new sites. This may be catalyzed by the level of domestic competition triggered by larger CDMO, further encouraging these smaller companies to implement innovative technologies as means to differentiate themselves.

ŌĆ£The market does not aim to remain domestic, as these Chinese CDMOs aim to collaborate and grow with CGT customers in the USA and Europe.ŌĆØ