COVID-19 established mRNA vaccines as an effective therapeutic option and â€“ says a technology expert â€“ has set the blueprint for how they will be made for the foreseeable future.

Developers were working on mRNA-based medicines before 2020 with Alnylamâ€™s polyneuropathy treatment Onpattro (patisiran) being one of the first such therapies to win approval.

However, the COVID-19 pandemic prompted a period of rapid growth for the market â€“ particularly mRNA vaccines â€“ that shows little signs of slowing according to processing technology expert Katarina Stenklo from Cytiva. 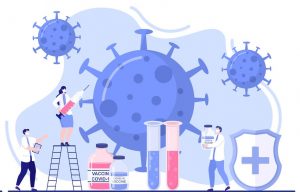 â€śA crisis is often a driver of change. The previous fastest vaccine development project was for Mumpsvax in 1967 which took four years. Modern vaccine programs often stretch out past a decade of development.

â€śBut with the urgency of COVID-19 we found new ways to accelerate and change conventional timelines. We have seen collaboration between academic, research companies and established manufacturers. And all the funding that was put into this area made it possible to evaluate different vaccine strategies and also to invest in manufacturing in parallel with clinical phases.â€ť

But the pandemic also highlighted some of the challenges the mRNA industry and wider vaccine sector faces Stenklo says.

â€śWe have logistical challenges and also dependencies on manufacturing in other parts of the world than your own, which has prompted many countries to evaluate how they provide vaccines to their own populations.â€ť

Stenklo told delegates at BPI East in Boston in September that â€śThe technology is so new, and everything happens so fast, so there are not always solutions available at scale that are specifically designed for mRNA. Technologies developed for other molecules have been adapted and sometimes developers have even built the solutions themselves.â€ť

In addition, manufacturers do not always have the infrastructure, equipment and knowledge to do all parts of the manufacturing mRNA process, which means the workflow is often scattered and distributed across countries, even across continents. Likewise, raw materials suppliers are limited.

Drug companies working with mRNA also face some unique problems according Stenklo, who said â€śSome of the considerations and manufacturing challenges are related to the mRNA molecule itself. Itâ€™s a large molecule, about 10-fold larger than a protein of a similar molecular weight.

â€śThen you have the structure. Similarly to proteins, the 3D structure of an mRNA can determine its function. Some structures that mRNA forms will actually determine how well it gets translated into protein and in that way effect the efficacy of the drug product.

â€śAnd then you have double stranded RNA. These molecules play a role in natural biological processes, however, when present in the form of a vaccine it looks [to the immune system] like a viral invader and that can trigger some immune responses that you donâ€™t want to have. Therefore, you want to reduce the amount of double stranded mRNA in your end product.

And COVID-19 â€“ or more specifically SARS-CoV-2 and its variants â€“ are likely to go on shaping how mRNA vaccines are made according to Stenklo.

â€śIn a sense COVID built the infrastructure for the mRNA industry of the futureâ€¦ I think we will continue to have demand for pandemic vaccines, but there are uncertainties about what that demand will look like. The virus will mutate, and we cannot know the efficacy of current vaccines [against those mutants].

â€śWe donâ€™t know how often there will be a need for booster shots or the dosing, which make it difficult to forecast what should be produced and to match demand with supply.

â€śAnd if we look to the future, I think the next step [for the RNA sector] is even bigger than the pandemic response. This technology promised to do the same thing as traditional vaccines but much faster and for a fraction of the cost,â€ť she added.

Stenklo also predicted that manufacturing processes for vaccines might be able to shrink even further as new products designed specifically for cGMP mRNA manufacturing are developed.