Plans to triple single-use component production in China through a longstanding partnership with Wego Pharmaceutical are well underway, says Cytiva. 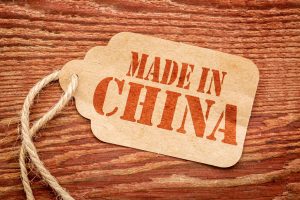 â€śThe Asia-Pacific region is one of the fastest growing markets for Cytiva and for single-use technologies. With the unprecedented demand for Cytivaâ€™s products and technologies, we decided to expand our manufacturing capacity to help meet regional demand.â€ť

She added: â€śOur new added investment in Wego will further help sustain and secure the supply chain for customers in China, India, Japan, Korea and Singapore.â€ť

Specific financial details were not divulged, but Zhao confirmed this expansion fell into plans to invest more than $200 million in Cytivaâ€™s global network, which itself is part of the $1.5 billion life sciences investment plan announced by Cytivaâ€™s parent company Danaher Corporation in July.

Demand for bioprocess equipment and components â€“ single-use specifically â€“ has rocketed over the past few years and has been intensified by the rapid development and production of COVID-19 vaccines and therapies. Anecdotally, biopharma companies have been forced to wait up to a yearÂ for certain components due to current shortages.

Thus it is not only Cytiva that has responded to this demand through expanded and expedited investments.

Earlier this month, Thermo Fisher announced plans to pump $100 million into creating a site in Nashville, Tennessee to double its global capacity for single-use technologies. MilliporeSigmaadded a single-use assembly line at its site in Molsheim, France earlier this year, while fellow Danaher-owned business Pall invested $114 million to scale-up its bioprocessing offerings.