The Guangzhou Bioprocess Academy aims to train over 1,000 people annually when it opens in September next year and is needed to feed the the rapid growth in biomanufacturing services as ChinaŌĆÖs biopharma industry blossoms. 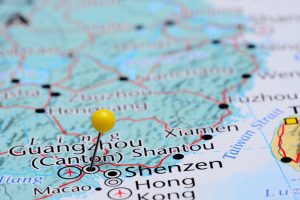 ŌĆ£We know from extensive contact with our customers in the region that attracting and retaining biopharma talent is a huge necessity. Our customers need knowledgeable staff in a short amount of time. With the growth of the biopharma market in China, investing in talent growth is an important way to support the industry,ŌĆØ Firman Ghouze, chief marketing officer APAC at GE Healthcare Life Sciences told Bioprocess Insider.

ŌĆ£In the near term, we believe that the center will enable many of our customers to train the workforce they need to operate their facilities. In the long run, the center aims to support the growth of the talent pool in Guangdong, and the rest of China. The future growth of the biopharma industry is dependent on highly-skilled professionals.ŌĆØ

According to some industry reports, ChinaŌĆÖs biologics market has grown from under $1 billion in 2012 to a projected $50 billion in 2021.

As such, there have been numerous investments into manufacturing plants, with a focus at least for now on single-use systems to enable speed and flexibility. BeiGene,┬ĀLonza, JHL Biotech, Pfizer, and┬ĀBoehringer Ingelheim have all set up plants based on single-use equipment in the country, for example.

Therefore, Ghouze said, the initial focus at the training center will be on single-use technologies educationŌĆØ since the China market is developing a great deal of its capacity with this technology. With the development of the biopharma market in China, we anticipate there might be a need to train professionals in stainless-steel technologies as well.ŌĆØ

It is not just China that lacks bioprocessing expertise ŌĆō the industry as a whole is suffering from gaps in staffing.

GE has been involved with several training centers to help train staff, including partnering with IrelandŌĆÖs National Institute for Bioprocessing Research and Training (NIBRT), a government-funded center that trains over 4,000 people a year from its site in Dublin.

GE has also been involved in setting up the Jefferson Institute for Bioprocessing (JIB) near Philadelphia, Pennsylvania, which is somewhat of a franchise of the Ireland institute, being supported by NIBRTŌĆÖs curriculum and training program. A similar collaboration is in place at the University of Technology Sydney, Australia where a bioprocessing training-GMP Lite Facility opened its doors in July.

While the Guangzhou Bioprocess Academy is not currently tied-in with NIBRT, ŌĆ£GE, GDD and NIBRT are actively in discussions regarding a training partnership in China and expect to make an announcement in quarter one 2020,ŌĆØ Ghouze told us.