As part of a pandemic preparedness plan, Germany has struck several deals to secure manufacturing capacity for hundreds-of-millions of doses of mRNA-based vaccines.

To support the continued COVID-19 pandemic and to be better prepared for future health crises, Germany has secured messenger RNA (mRNA) vaccine manufacturing capacity across a range of partners.

The first deal, announced last week, sees German vaccine maker BioNTech reserve and maintain manufacturing capabilities to produce at least 80 million mRNA-based vaccine doses per year for the German government. BioNTech, with its Big Pharma partner Pfizer, was the first to bring a mRNA vaccine to market through the approval of Comirnaty. 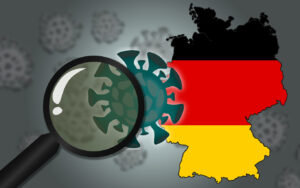 â€śThis contract with the German government will ensure significant supply of vaccine doses to address potential public health threats by 2027,â€ť said Sean Marett, chief commercial officer at BioNTech. â€śWe are proud to be in a position to be a long-term partner for Germany and remain steadfast in our commitment to continued investments in research and development aimed at bringing new vaccine candidates against infectious diseases to people and adapting our COVID-19 vaccine to address potential new and emerging variants.â€ť

Concurrently, a further 80 million doses of mRNA vaccines will be rapidly available to the German government through a contract with CureVac and its partner GlaxoSmithKline (GSK).

German firm CureVac abandoned its COVID-19 candidate CVnCoV in October last year due to disappointing results and diminished demand and is instead focusing on a second-generation mRNA vaccine.

CureVac partnered with GSK early in the early days of the pandemic, with the Big Pharma firm taking a 10% share in the company. GSK was not, however, involved with the development of CVnCoV.

â€śBy reserving this manufacturing capacity, the tender seeks to mitigate risks associated with potential supply bottlenecks in a pandemic situation,â€ť the firms said in a statement. â€śUnder the contract, the federal government will pay CureVac and GSK an annual standby fee after successful completion of the setup period, which requires the companies to maintain manufacturing capacity at constant readiness.â€ť

The final pair of tender winners in Germanyâ€™s prep plans comprise of Wacker and CordenPharma, which between them will also produce 80 to 100 million doses of mRNA vaccines per year.

CordenPharma will produce lipid nanoparticles â€“ which encapsulate the RNA and ensure that it is safely transported into the body cells â€“ and will handle the aseptic filling and packaging of the vaccine, the plasmid DNA of which will be produced and formulated at Wackerâ€™s site in Halle, Germany.

Wacker and CordenPharma are contract development and manufacturing organizations (CDMOs) and so do not have their own mRNA pipelines. While Wacker was one of the third-parties contracted to support CureVac/GSKâ€™s first-generation mRNA vaccine, that deal was severed in September 2021. It is not clear whether Wacker and CordenPharma will support BioNTechâ€™s pipeline, CureVac/GSKâ€™s second-generation mRNA vaccines, or other products.

This article has been amended to state GSK was not involved in the development of CureVac’s first-generaton COVID-19 vaccine candidate CVnCoV.