Investment and innovation will continue to pour into autologous CAR-T therapies even as allogeneic products begin to impact the market, according to Gilead Sciences. 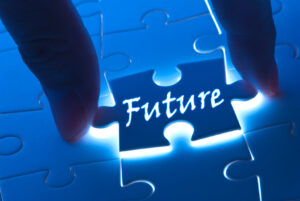 Future concept, future word on puzzle piece with back light

The decision to buy Kite was made on the belief that cell therapy ‚Äúwas going to be an incredibly dynamic market that will grow over the next 20 to 30 years,‚Äù he said, adding that ‚Äúeverything that we’ve seen over the last five years suggests that’s entirely where it’s going.‚Äù

He also noted the ‚Äúhundreds, if not thousands‚Äù of cell therapy companies popping up globally. ‚ÄúWe’ve always known that a lot of the innovation will come from the leaders, including Gilead and Kite but that big portion of innovation like any therapeutic area for other modalities will come from outside of our walls.‚Äù

Gilead has also been at the forefront of allogeneic, or off-the-shelf, CAR-T therapies, originally signing a deal with Sangamo back in 2018. Allogeneic therapies have been hailed as the future of cell therapies as the non-personalized nature and potential scalability of manufacture could broaden the reach and bring down the costs of the modality.

As such, Dickinson told stakeholders that Gilead ‚Äúfrom the beginning‚Äù believed allogeneic therapies will make a mark on the market.

He alluded that by the time allogeneic cell therapies reach commercialization, the manufacturing time for Gilead‚Äôs CAR-Ts will have shrunk.

‚ÄúWe’re currently in the US 16 days for manufacturing. We see that shrinking significantly over the next four or five years as we continue to make process improvements.

‚ÄúWe opened a new cell therapy manufacturing plant in Maryland ‚Äì which is our third ‚Äì that the large part of the manufacturing process is automated, [and] that automation will continue. So you’re going to see as much innovation in autologous cell therapies as you see an allogeneic over the coming years, and the bar just keeps getting higher and higher from our perspective.‚Äù