Bivigam (Immune Globulin Intravenous [Human], 10% Liquid) relaunched in the US in August, roughly three years after it was pulled from pharmacy shelves by then owner, Biotest Pharmaceuticals Corporation.

Biotest withdrew Bivigam in late 2016 after a US FDA inspection team uncovered â€śmultiple manufacturing inconsistencies and control issuesâ€ť at its facility in Boca Raton, Florida. 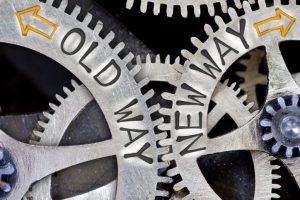 ADMA bought Biotest in 2017 and â€“ according to a new paper, has been working on a more consistent production process for Bivigam ever since.

It associated with several problems including filter clogging, excessive foaming, impurities, protein aggregation and particulates that were found in process intermediates as well as the final drug product.

To address the problems, ADMA says it took a quality-by-design approach and conducted multiple, small-scale studies. The aim was to develop a process over which it had greater control.

â€śProcess changes and controls were identified with the intent of being applied to the relevant steps in the IVIG manufacturing processes. In addition to guiding impactful process changes, engineering and procedural controls were also evaluated to improve production consistency and product purity.â€ť

The revised process â€“ which was submitted to the US FDA for prior approval â€“ yields a drug that is more consistent and has fewer impurities according to ADMA.

â€śData show the optimized process is robust with thermal, chemical and physical stresses being significantly reduced throughout the manufacturing process.

â€śThe optimized manufacturing process is fully characterized with evidence that the process is capable of removing relevant impurities such as coagulation factor XIa and other high molecular weight proteins from drug substance and drug productâ€ť the firm wrote.

ADMA applied the same principles to its product Asceniv, another intravenous immunoglobulin product made at the Boca Raton facility.

Like Bivigam, Asceniv is made from pooled plasma. The only difference is that donors have to have sufficient RSV neutralizing antibody titers. Other than that, the production processes for the products are the same.

ADMA said both Bivigam and Asceniv are made using the optimized process as FDA adding that â€śA data driven approach to identify critical process steps, quality parameters and quality attributes that impact product characteristics is recommended to improve future therapeutics.â€ť