The impact of competition in Europe on its bestseller Humira (adalimumab) has allowed AbbVie to set expectations for when biosimilars enter the US market in 2023.

Monoclonal antibody Humira is the top selling drug in the world, pulling in $19.9 billion (â‚¬17.9 billion) in sales for AbbVie in 2018.

But biosimilar competition has begun making inroads into sales â€“ outside of the US at least. Biogen and Samsung Bioepis, for example, reported last August that its adalimumab product Imraldi exceeded 200,000 doses in its first full quarter after its launch in Europe, capturing 14% of the German market alone. 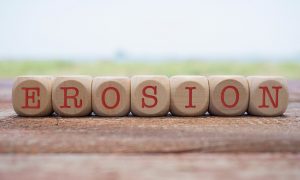 Following Humiraâ€™s first full year of biosimilar competition in Europe and other international markets, AbbVie management spoke candidly at the JP Morgan Healthcare Conference last week as to the erosion it is seeing and how sales may play out once biosimilars arrive in the US.

â€ś[In the international markets] by having four biosimilar players come in simultaneously, it created a fairly intense competitive activity between them to jockey for share,â€ť AbbVie CEO Rick Gonzalez said. Along with Biogen/Samsung Bioepis, Sandoz, Amgen and Mylan have all launched adalimumab biosimilars in the region.

â€śObviously, price came down faster than what we would have anticipated, and then it stabilized. So, the curve was steeper on the front end, and then it basically flattened out and pretty well-stabilized.â€ť

Direct competition is expected to beginÂ in 2023Â in the US market, following settlements between AbbVie and numerous biosimilar developers.

â€śThere’s going to be seven competitors, maybe even eight, who enter the market in 2023, and so I think that competitive intensity is likely to be very similar to what we saw in the international markets.â€ť

Internationally, biosimilar competition in 2019 led to an erosion rate of about 45-48% â€“ â€śabout 25% or maybe 30% of that is share loss, and the rest is priceâ€ť â€“ and while Gonzalez said this gives stakeholders â€śsome flavor for the kind of impactâ€ť to come, he noted the US market is significantly different to Europe.

â€śThe US market will be driven, in all likelihood, by negotiations with managed care and PBMs [pharmacy benefit managers], and there are different dynamics around that. So, it could be a little bit better than that. It could also be a little bit worse than that depending upon where the dynamics are.â€ť