J&J reported its sixth consecutive quarter with sales above $10 billion in its pharmaceutical division and has lowered its biosimilar headwind forecast to $2 billion.

“This was our sixth consecutive quarter with sales above $10 billion,” Jennifer Taubert, EVP and worldwide chairman of Pharmaceuticals at J&J said on a call. “Our growth was broadly based with 10 of our key brands growing at double-digit rates, which more than offset the erosion due to biosimilars in generics.” 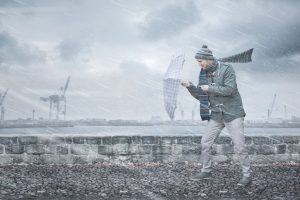 But for some of its other products, notably Remicade (infliximab), the firm has been feeling the impact of biosimilar for several years. This quarter, the autoimmune biologic reported sales worldwide of $1.14 billion, down 17.6% on Q3 2018.

However, J&J has repeatedly forecasted significant headwinds due to biosimilar competition but on the call, management seemingly downgraded the threat.

“We think we’re seeing about $2 billion of incremental impact from biosimilars and generics,” Taubert said. “This is a little bit less than what we had anticipated this year.”

At the beginning of the year, the firm said it expected a headwind of approximately $3-3.5 billion from generic and biosimilar competition.

“However, the number of generic approvals and the erosion rates are starting to catch up,” Taubert warned.

In Europe, biosimilars have had a major presence for more than a decade. But while biosimilars made an initial mark in the US when the Food and Drug Administration (FDA) approved Sandoz’s Zarxio (filgrastim) in 2015, in the proceeding four years, the sector has somewhat stalled amid ongoing political debate, legal complexities and pricing/reimbursement.