South Korean CDMOs are poised for significant growth after the Government said contractors are key to its efforts to encourage drug R&D and manufacturing in the country.

In May South Korean President Jae-in Moon announced this summer that the country will invest more than KRW 2 trillion ($1.7B) in the biotechnology and biopharmaceutical industry.

Moon said, “We will do our best to create an ecology of innovation tailored to all stages of growth from technological development and approval and licensing to production and launch to ensure that mid-market companies, small and medium-sized enterprises and start-ups can stand tall as the driving forces of the industry.” 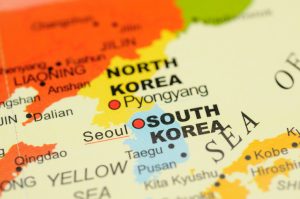 The investment is also intended to encourage biopharmaceutical manufacturing in the country.

According to Moon, “By 2030, we aim to capture 6 percent of the global pharmaceutical and medical device market, increase related exports to US$50 billion and foster biohealth as one of the nation’s five mainstay export industries.”

He also said the Government plans to “increase tax credits for R&D and facility investments.”

The CDMO sector is likely to be one of the major beneficiaries according to Fiona Barry from Global Data, who told us “Manufacturing will receive a boost under Moon’s plans.”

In addition to home grown companies, a number of international CDMOs have been investing in Korea. Pfizer has contract manufacturing and packaging facilities in the country as do Fisher Clinical Services and Japan’s CMIC Holdings.

According to Barry there are 80 contractors active in South Korea, most of which are focused on the small molecule drug industry.

The South Korean API industry was strengthened earlier in the year when the European Union added the country to the list of those whose manufacturing and quality control standards are recognized as on par with member states.

There are fewer CDMOs with capacity for biologic APIs in Korea, however, according to Barry “the percentage of API biologic facilities is relatively high compared to other East Asian countries.”