UK cell and gene therapy firms are worried a shortage of skilled manufacturing staff will slow growth with some concerned Brexit will exacerbate the problem.

The findings come from a new skills survey by the Cell and Gene Therapy Catapult (CGTC) â€“ an organisation set up to support the sector by non-departmental government body, Innovate UK.

Of the 41 companies that responded, 98% said they planned to expand their headcount over the next five years. Of these, 83% raised concerns that hiring and retaining skilled staff â€świll be an issue for growth.â€ť 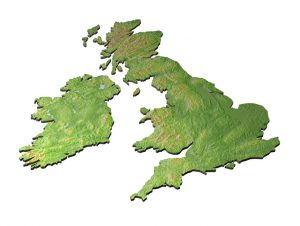 In addition, â€śsome respondents were concerned that Brexit will have a negative impact on recruiting and retaining skilled non-UK EU peopleâ€ť according to the report.

More than 1,700 people are employed in bioprocessing roles in the UK cell and gene therapy sector, which is up from the 500 or so working in such positions in 2017. Based on this growth rate the CGTC expects 3,800 people will be working in such roles by 2024.

The survey also revealed 492 people are employed in cell and gene therapy â€śmanufacturingâ€ť roles in the UK. This is expected to increase to 1,456 people â€“ up 196% â€“ by 2024. Respondents said finding staff with manufacturing skills as a â€śsubstantial concern.â€ť

To address this, the report authors suggested cell and gene therapy firms would need to look beyond the sector.

â€śThe lack of talent will highly likely act as a brake to growth, with significant negative consequences on both organic and inward investment.

â€śIt is recommended, that companies are supported to deliver on their growth strategies, through the provision of supportive schemes, to both upskill their existing workforce as well as recruiting new talent, from outside of the sector.â€ť

The survey did not tally the number of EU nationals working in the UK cell and gene therapy sector or look at the potential impact Brexit would have on sectorâ€™s ability to recruit.

However, a CGTC spokesperson told us â€śWe are confident that the UK cell and gene therapy industry will be able to source the necessary skills, and that the opportunities in research and training will remain attractive.â€ť

The spokesperson suggested overseas scientists continue to view the UK as attractive, adding â€śWe continue to see skilled people wanting to work in the UK sector from across the globe.â€ť

In addition, the spokesperson also expressed confidence cell and gene therapy developers would continue to see the UK as an attractive development and production base post withdrawal.

â€śThe supply chains for these advanced therapies are highly specialised and have been stringently developed in collaboration with medicine regulators to minimise any potential disruption.

â€śThere are already a number of advance therapies manufactured in the UK and exported seamlessly to the US for clinical trials and vice versa, we are confident that the movement of these therapies will remain unimpeded.â€ť