Moderna entered the ŌĆśBig PharmaŌĆÖ space in 2021 when its COVID-19 vaccine Spikevax became the second messenger RNA (mRNA) product to achieve commercial success. Last year, 807 million doses of the vaccine were sold, bringing in $17.7 billion for Moderna. For comparison, Moderna reported total sales in 2020 of $803 million and $60 million in 2019. 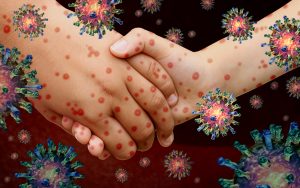 Latent diseases are those caused by viruses that have the ability to both induce a primary infection and then also remain dormant in cells without causing cell death for months or even years afterwards.

ŌĆ£We believe that the mRNA platform is uniquely positioned to develop vaccines against these viruses,ŌĆØ said Jacqueline Miller, ModernaŌĆÖs SVP of Infectious Disease Development. ŌĆ£There is the ability of these vaccines to induce both B cells and T cells as well as memory B and T cells, meaning that we can induce a robust immune response upon vaccination and then the body will have a good recall response years after vaccination.ŌĆØ

Moderna says it has eight combination vaccines and seven vaccines against latent viruses in its pipeline, including against cytomegalovirus (which entered Phase III this year), Epstein-Barr virus, HIV, herpes simplex virus (HSV), and varicella (VZV).

ŌĆ£We believe each of those latent viruses will be, over time, many billions of dollar of annual sales in an annuity setting,ŌĆØ Moderna CEO Stephane Bancel told stakeholders, citing two commercially available recombinant vaccines against latent viruses: Gardasil against human papillomavirus (HPV) and Shingrix, for the prevention of shingles (herpes zoster).

Gardasil pulled in $1.5 billion for Merck and Co. last year, and Shingrix brought GSK ┬Ż1.7 billion ($2.2 billion). However, manufacturing capacity shortages have led to Merck and GSK investing heavily in their respective production networks with the hope the extra capacity will fulfill the vaccinesŌĆÖ full potential.

ŌĆ£[It is] public information by the GSK team that they were not able to supply the market in the last few years because they didn’t have enough manufacturing capacity,ŌĆØ said Bancel. ŌĆ£That is where our manufacturing platform, where we can use in the same rooms the same equipment to do all of the vaccine, is a great asset.ŌĆØ

From the early days of the COVID-19 pandemic, Moderna and other have praised mRNA manufacturing over traditional biologics systems. ModernaŌĆÖs platform is cell-free and based on an aqueous phase enzymatic reaction, and as such the scale of production is relatively small and the processes are flexible.

ŌĆ£We actioned first the ability to scale in a way that few people could think was possible. In 2019, the year before the pandemic, Moderna made less than 100,000 vaccines in the entire year. In 2021, Moderna made more than 800 million doses,ŌĆØ Bancel said.

ŌĆ£How is it possible that a team of maybe 1,000 or 1,500 people in manufacturing could do so much? Well, if you think about it, it is the same process for all of our products. And by the way, not only vaccines, also therapeutics. The same process in the same physical equipment, in the same room, by the same people, using almost all the exact same raw materials. That is an extraordinary platform and that has never really happened in the pharmaceutical industry. And that is going to give us great benefit and advantage to serve patients and to compete in the years to come.ŌĆØ