Changing policies in China bring opportunities for foreign CDMOs says Lonza, which is opening a biologics facility in Guangzhou, supported by GE Healthcare.

Swiss contract development and manufacturing organization(CDMO) Lonza has announced it is constructing its first biomanufacturing facility in China. The 17,000 m² plant will be based on GE Healthcare’s off-the-shelf modular biologics factory, KUBio platform, and will supply antibody drugs to the local market.

“We do have an established presence in China and in theGuangzhou district but this is our first biomanufacturing facility [in the country],” Karen Fallen, head of Clinical Development and Manufacturing at Lonza Pharma & Biotech, told BioProcess Insider. 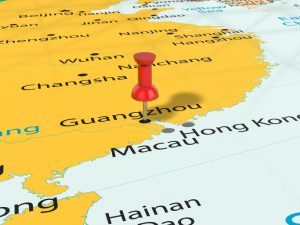 “The facility will serve Chinese companies developing innovative medicines for the domestic market and/or with a strategy of expanding to global markets. In addition, [it will serve] multinational companies with manufacturing requirements in China.”

While Lonza has had a presence in China since 1995, the ability to set up a standalone biomanufactring site has been limited, until recently.

Regulations meant that a company had to own and market themolecule to produce it, but in 2015, the Chinese government authorized its State Council to carry out its marketing authorization holder (MAH) program.

“The Chinese authorities began rolling out the Marketing Authorization Holder scheme in 2016 to de-couple manufacturing from molecule ownership and sales and from 2019 this scheme goes nationwide,” Fallen told us. “This opens up opportunities for CDMOs who support the biopharma industry.”

These reforms, coupled with the large population, make biologics a booming market in China and so, Fallen said, there is a growing need for the development and manufacturing of innovative drugs.

“Lonza has considerable expertise in clinical development of innovative biologics with a number of leading platforms including the GS Expression System, as well as global regulatory expertise. Our goal is to make this available to companies looking to manufacture new medicines in China.”

According to Fallen, Lonza looked at several options from green field builds to acquisition but using GE’s modular platform was “the best scenario” for the firm.

“The combination of a solid technology platform from a trusted supplier as well as a regional development authority committed to developing biomanufacturing in the region. It will allow us to be operational very quickly, with delivery of first batches in 2020 and gives us access to a growing biotechnology hub.”

The site will offer small-scale GMP manufacturing and will be equipped with GE Healthcare’s single-use technology offerings.

“The facility will use 1,000 and 2,000 liter bioreactors for cGMP manufacturing plus pilot-scale in the development labs. We don’t comment on the total capacity but one of the advantages of single use is clearly the ease of increasing capacity in line with market demand.”

Included in the facility will be 6,500 m2 of lab space offering services including cell-line construction, process development, cell banking and pilot labs.

Financial details for the site have not been divulged. However, Fallen said Lonza expects to hire over 160 by the time the site is fully operational.

“We will be hiring locally and have support from both the Guangzhou Development District (GDD) and GE to enable the appropriate training.”