Merck & Co. has added 120,000 square feet of manufacturing capacity at its Rockingham County site to support continued scale-up of its Gardasil HPV vaccines.

Human papillomavirus (HPV) vaccines Gardasil and Gardasil 9 pulled in $1.5 billion for Merck last year, and while the firm has predicted sales to double by 2030 as demand continues, this is reliant on having the manufacturing capacity in place. 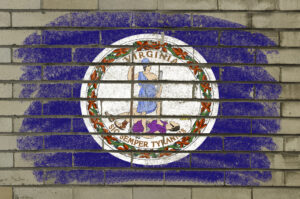 With this in mind, it is good news today for Merck as it announces the completion of a $1 billion investment at its Elkton facility in Rockingham County, Virginia. The expansion, first announced in H1 2019, adds 120,000 square feet of manufacturing space to the 1.1 million square-foot site and adds 150 new jobs.

â€śâ€śIncreasing supply of our HPV vaccines is a top priority, and over the last several years we have steadily increased our manufacturing capacity in response to growing global demand,â€ť Jacks Lee, senior vice president, Merck Manufacturing said in a statement.

â€śDespite the pandemic, our teams have completed the building infrastructure expansion at our Elkton site ahead of schedule and we are excited to reach this important milestone.â€ť

A second investment of $680 million in its Gardasil network was announced in H2 2019. The expansion comprises of $650 million to construct a facility at its Maurice R. Hilleman Center for Vaccine Manufacturing in Durham, North Carolina and $30 million to expand a nearby packaging site in Wilson.