Momenta says planned runs at manufacturing partner GSK could be reattributed to another product as it ends development of M923, a biosimilar candidate to Humira (adalimumab).

In October 2018, Momenta Pharmaceuticals said it was exiting the biosimilars space following a lengthy strategic review process to concentrate on its novel biologics pipeline. The company told Scrip it would terminate all but two late-stage programs, a biosimilar version of AbbVieŌĆÖ blockbuster Humira (adalimumab) and a biosimilar of Regeneron’s Eylea (aflibercept).

Ten months on, and the firm has now made the decision to drop the adalimumab program M923. 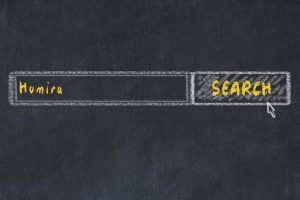 ŌĆ£We have previously said that we would not be taking this program forward ourselves,ŌĆØ CEO Craig Wheeler told stakeholders on a financial call this month. ŌĆ£While we were hopeful that we could secure a commercial partner for this program, and we did have interest as we pursued the path, the market opportunity has changed significantly with recent settlements, ensuring that up to eight players will be launching at once.ŌĆØ

Humira pulled in sales of $19.9 billion (Ōé¼17.8 billion) for AbbVie in 2018, but legal agreements between the originator firm and a host of biosimilar developers will keep direct competition off the US market until 2023. This is when versions made by Amgen, Boehringer Ingelheim, Sandoz and Samsung Bioepis are set to launch in the US, and with other biosimilars likely to receive US Food and Drug Administration (FDA) approval, the market could be saturated.

Without a commercial partner for M923, Wheeler said ŌĆ£it is prudent to cease ongoing investment.ŌĆØ

The decision will save approximately $100 million in anticipated costs to launch the product, which will now be allocated to MomentaŌĆÖs novel programs, he added.

However, the decision to end the program does have repercussions with MomentaŌĆÖs M923 supplier GSK, as the firm will no longer utilize scheduled manufacturing runs at the contract manufacturing organization (CMO) originally scheduled for 2020.

ŌĆ£However, these trigger the take-or-pay provisions of our contract, which requires us to pay GSK a contractually agreed-to fee at the time the runs in 2020 and 2022 would have been completed,ŌĆØ Wheeler said.

ŌĆ£Together, they [GSK] require us to incur a onetime charge in our Q2 financials as reported.ŌĆØ This equates to a $42.9 million charge to be paid between the end of 2020 and 2022.

No decisions have yet been made on the scheduled 2022 manufacturing runs but Wheeler said there is ŌĆ£flexibility in the contractŌĆØ and the runs could be used to produce for another project.

Momenta will continue advancing M710, its proposed biosimilar to Eylea, which it is codeveloping with partner Mylan.

ŌĆ£Mylan is currently enrolling patients in the Phase 3 study to this product, and we continue to believe that we have the opportunity to launch in the US as early as 2023,ŌĆØ Wheeler said.

ŌĆ£We are currently in the lead for developing this asset and believe M710 could bring in significant revenue to support our expanding novel pipeline and we look forward to keeping you update here as this trial progresses.ŌĆØ

Related news: ŌĆśPro-biosimilar policies will not ignite US market, AmgenŌĆÖ