Though not heavily reliant on external suppliers, Pfizer is taking a higher distribution risk than Moderna and CureVac due to making its mRNA vaccine inhouse, says research firm Third Bridge.

Earlier this month, both Pfizer and Moderna reported Phase III trial data showing their respective messenger RNA (mRNA) vaccines were above 90% effective against COVID-19. Pfizer submitted an Emergency Use Authorization (EUA) application with the US Food and Drug Administration (FDA) earlier this month, and Moderna is doing so today. A third mRNA vaccine being developed by Germanyâ€™s CureVac is set to enter a Phase IIb/III study before the end of the year.

If these are approved, rapid rollout is expected in the US and elsewhere. However, according to Third Bridge â€“ a primary research business servicing private equity firms, credit investors, hedge funds, and strategy consultants â€“ Pfizer may be at a disadvantage due to difficulties in storage and distribution. 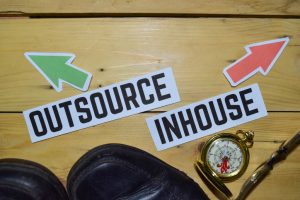 â€śPfizer is taking a higher distribution risk than Moderna and CureVac because it’s choosing to do all the manufacturing and storage management inhouse. This leaves Pfizer without external vendors to make up for any dosing volumes lost during production or transport,â€ť said Jeylan Mammadova, Global Sector Lead.

BNT162b2 is being made and stored in Pfizer and its partner BioNTechâ€™s facilities. Moderna has its own facility but has also contracted several third parties including Lonza, Catalent,Â andÂ Laboratorios FarmacĂ©uticos Rovi to support its candidate mRNA-1273. CureVac, meanwhile, is adding a fourth manufacturing suite at its site in TĂĽbingen, Germany while concurrently ramping up partnerships with numerous unnamed contract development and manufacturing organizations (CDMOs).

Mammadova added Pfizer is further hampered by the low temperature (-80Â°C) needed to store its vaccine.

â€śPfizer is investing heavily in freezer farms to be located across the US.Â These will sit in high footfall areas like airports. With traditional and MRNA vaccines coming online that don’t require ultra-cold storage, these may be a significant sunk cost.â€ť

However, Pfizer has said it is fully prepared to overcome such logistical challenges and is confident of success. Meanwhile, doing this inhouse could end up an advantage, according to Mammadova, as not being reliant on others means it is not susceptible to third party hiccups.

â€śFor distribution and storage, Moderna will be heavily reliant on external suppliers. It will be using companies like Cryoport, Sterling, CH Robinson to work out cold chain logistics plus storage and shipping management.Â UPS, DHL and FEDEX are also likely to play a role alongside specialists like Cardinal and Mckesson.

â€śThe ramping up of vaccine shipments is going to be a major endeavor for storage and shipping players, testing their systems to the limit.â€ť