North Korea has asked for help to increase COVID-19 monitoring capacity and has received reagents needed for testing, according to the WHO.

Officially no COVID-19 cases have been reported in North Korea (DPRK).

However, only a few hundred people have been tested for SARS-CoV2, the virus that causes the disease, according to World Health Organization (WHO) representative to DPR Korea, Edwin Salvador. 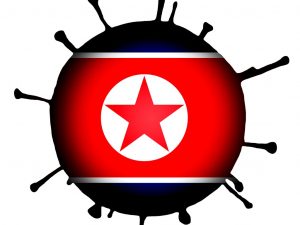 â€śThe WHO has been receiving weekly updates from the [DPRK] Ministry of Health on COVID-19. As of 2 April,Â 709 peopleÂ 11 foreigners and 698 nationals have been tested for COVID19,â€ť Salvador told us via email.

He added â€śThere are 509 people in quarantine, two foreigners and 507 nationals. SinceÂ 31 DecemberÂ 24,842 people have been released from quarantine, which includes 380 foreigners.

â€śDPRK has the capacity to test coronaviruses in its national reference lab in Pyongyang.Â We are informed that the country received some primers and probes to test COVID-19 from China in January 2020.â€ť

COVID-19 testing capacity in DPRK is limited according to Myung Lee, chairman of the department of Global Health Security at Yonsei University in Seoul, South Korea.

He told us the DPRK has â€śsome capacity with good motivated medical personnel in Pyongyang, but not in other regions.â€ť

Myung also said the North Korean Government has asked agencies such as WHO, UNICEF and South Korean NGOs to support the development of diagnostic tools and reagents for COVID-19.

In addition, according to Myung, a South Korean non-governmental organization (NGO) has sent several testing kits to the DPRK.

Efforts to develop vaccines against SARS-CoV2 are ongoing with companies like Moderna and J&J regularly announcing updates on development efforts. Even so most observers agree it is likely to take a least a year until they are available.

How long any SARS-CoV2 vaccines take to reach North Korea is another question.

Myung told us vaccines will either come via the South Korean Government, UN agencies or from international organizations such as the Bill and Mellinda foundation or GAVI.