President Trump has called for the modernization of influenza vaccine manufacturing. With its recombinant vaccine NanoFlu set to enter Phase III, Novavax says it offers the solution.

Last week, the White House issued an ŌĆśExecutive Order [EO] on Modernizing Influenza Vaccines in the United States to Promote National Security and Public HealthŌĆÖ (reprinted below) aimed at addressing the ŌĆ£critical shortcomingsŌĆØ in the manufacture of such products.

ŌĆ£Most influenza vaccines are made in chicken eggs, using a 70-year-old process that requires months-long production timelines, limiting their utility for pandemic control; rely on a potentially vulnerable supply chain of eggs; require the use of vaccine viruses adapted for growth in eggs, which could introduce mutations of the influenza vaccine virus that may render the final product less effective; and are unsuitable for efficient and scalable continuous manufacturing platforms,ŌĆØ the EO states. 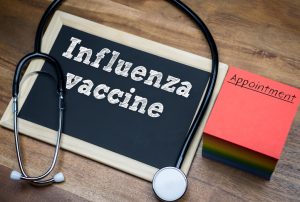 Such an approach is also insufficient as a response to a pandemic, and as such the President called for a ŌĆ£highly responsive, flexible, scalable, and more effective at preventing the spread of influenza viruses.ŌĆØ

In short, this means reducing the reliance on egg-based vaccines and a move to cell-based and recombinant vaccines, something Novavax CFO John Trizzino jumped on at the Ladenburg Thalmann 2019 Healthcare Conference this week.

ŌĆ£Almost 90% of vaccines today are egg-based, and we’re seeing poor efficacy from egg-based vaccines,ŌĆØ he said. ŌĆ£It’s basically been the same manufacturing technology for the last 50 years.ŌĆØ

Egg-based flu vaccines are made by identifying circulating strains in a inaccurate process, made more problematic by antigenic drift meaning the virus strains are constantly mutating. Vaccine efficacy in older adults is only about 12%, he continued.

ŌĆ£This provides for greater and broader immune responses and is addressing the concerns related to the vaccines in the marketplace today,ŌĆØ he told stakeholders. ŌĆ£We now know what the problem is, we now know what the disease burden is. The solution is NanoFlu.ŌĆØ