Moderna says it will know whether its current mRNA vaccine protects against the Omicron variant within two weeks.

Discovered in South Africa last week, the B.1.1.529 variant ŌĆō named Omicron ŌĆō has become a concern in the fight against COVID-19 due to its large number of mutations. 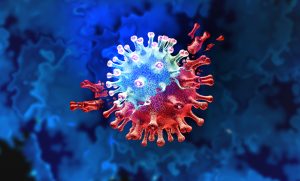 Much of the apprehension centers on whether the current crop of vaccines will provide protection against the variant, something Burton said is being looked into.

ŌĆ£ItŌĆÖs been a Thanksgiving holiday here in the US,ŌĆØ he told the BBCŌĆÖs Andrew Marr Sunday. ŌĆ£WeŌĆÖve mobilized hundreds of people here and in the rest-of-the-world, and we started that really early on Thursday. We should know about the ability of the current vaccine to provide protection in the next couple of weeks.ŌĆØ

He added that ŌĆ£the remarkable thing about the mRNA vaccines and the Moderna platform is that we can move very fastŌĆØ and if a brand-new vaccine is needed it could be available in large quantities by early 2022.

Fellow COVID-19 vaccine developer Pfizer has previously described the relative ease of tweaking its commercialized mRNA jab, with CEO Albert Bourla citing the flexibility of the technology, including ŌĆ£the ability to alter the RNA sequence in the vaccine to potentially address new strains of the virus,ŌĆØ back in January.

And according to The Guardian, the firmŌĆÖs partner BioNTech is investigating its vaccine against Omicron and said it could produce and ship an updated version within 100 days if needed.

Meanwhile, other COVID-19 vaccine developers have also shifted their attentions to the Omicron variant.

Novavax, which has submitted its prefusion protein-based vaccine NVX-CoV2373 for approval in the US and Europe, began work on a potential new version of its shot on Friday, set to be ready for testing and manufacturing in the next few weeks, Reuters reported.

And Inovio said that it is evaluating whether its DNA-based vaccine, INO-4800, could be effective against the new variant, with the testing again expected to take around two weeks.