Pfizer says it will produce 3 billion doses of its COVID-19 vaccine this year and will further invest in its manufacturing network to support continued global demand.

Through its partnership with BioNTech, Pfizer became the first company to bring a messenger RNA-based product to market, namely the COVID-19 vaccine Comirnaty (BNT162b2). Last month, the firm estimated it was set to make around $15 billion from global sales of the vaccine this year, based on production projections of 2 billion doses.

But speaking at its annual meeting of shareholders this week, CEO Albert Bourla said Pfizer has already produced 500 million doses so far this year and is comfortable that it will produce a further 2.5 billion doses by the end of the year, thus to 3 billion doses in 2021. 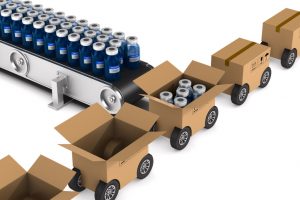 â€śWe are now at the level that will have an annual capacity of three billion doses,â€ť he said, adding that further capacity expansions are likely to fulfill continued global orders.

â€śWe haven’t stopped yet our efforts. We tried and we found substantial solutions that improve the situation by increasing dramatically our manufacturing output and as a result, we were able to provide the doses to people that they were only placing their orders, really late in the game all the way to now or one month earlier or two months earlier. And we will continue to install. As I said, the solution to this problem is only one, we need to make enough for the whole world and we are seriously committed.â€ť

Messenger RNA (mRNA) has come a long way in the past year, but when it was finally validated after years of development through two vaccine approvals (Pfizer/BioNTechâ€™s and Modernaâ€™s) the nature of the pandemic meant production was needed on an unprecedented scale.

â€śThe issue of not having enough quantities for everyone in the first few months of the release of the vaccine is related to the fact that those technologies, particularly mRNA technology, was so new that there was no available capacity in the world that was producing anything like mRNA until the moment that we embarked into this journey,â€ť Bourla told shareholders.

â€śThe only mRNA quantities that were produced were produced at the laboratories for clinical and trial purposes. We had to scale up manufacturing from scratch. And we did that at our completely own risk.â€ť

Unlike other frontrunners in the COVID-19 vaccine race, Pfizer and BioNTech did not receive research funding from the US Governmentâ€™s Operation Warp Speed (OWS). Bourla said last year the decision not to take any support helped â€śliberate our scientists,â€ť and kept Pfizer out of politics.

â€śThe risk all was with us, and we were able to scale up their manufacturing capacity to levels that no one else would be able to do it.â€ť