Sandoz US president Carol Lynch talks about its changing US portfolio, which will emphasize biosimilars, as the Novartis unit is poised to divest most of its US generics portfolio to Aurobindo.

Sandoz International GMBH┬Āis shrinking the size of its US footprint as it prioritizes complex generics and biosimilars in the region and divests much of its small molecule generics portfolio to India’s┬ĀAurobindo Pharma Ltd. US President Carol Lynch talked about the changing dynamics for the US business and the company’s positive outlook for biosimilars in an interview with affiliate publication┬ĀScrip┬Āat the BIO CEO & Investor conference in New York on 10 February.

“We are looking forward to closing the transaction and when that’s behind us, then obviously we’ve got a smaller business in terms of the areas we are focusing on, but also a smaller company as well to support that,” Lynch said. “We did most of that restructuring last year, so we are in great shape to try to grow as we move forward.” 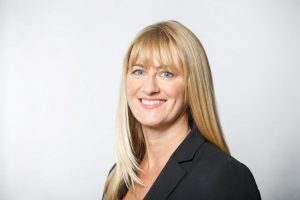 Novartis, which owns Sandoz, announced the deal with Aurobindo in 2018, agreeing to divest its US dermatology and generic US oral solids portfolio in a deal worth around $1bn. That deal is still yet to close, with Novartis guiding most recently that it is on track to close in the first quarter, pending regulatory approval.

Once the Aurobindo sale is finalized, SandozŌĆÖs US portfolio will be focused on complex small molecules, biosimilars and sterile injectables. Global traditional generic drugs will remain core to Sandoz, but Lynch said the footprint will vary regionally.

The US generics market has been a challenging one for the sector broadly, with fewer big blockbusters going off patent and consolidation among purchasers driving intense price pressure.┬ĀThe US business has been dragging down Sandoz global performance. In 2019, Sandoz revenues were $2.5bn, representing 1% growth; excluding the US, Sandoz revenues would have grown 8%. For 2020, Sandoz sales are expected to grow low-single digits, though Lynch declined to break out the expectations for the US business.

The US will represent about 15% of Sandoz’ sales after the realignment, but with a stronger growth trajectory that will begin to materialize in 2021, she said. About 750 positions within Sandoz were impacted by the deal, but many of those were in manufacturing or other technical roles that will transfer to Aurobindo.

How 2020 unfolds for the US business depends on key catalysts. One of the big uncertainties revolves around the potential launch of a biosimilar version of Amgen’s Enbrel (etanercept). The biosimilar, Erelzi (etancercept-szzs), was approved by the US Food and Drug Administration but has not launched in the US because of patent litigation. A US district court ruled against Sandoz and in favor of Amgen last year, but Sandoz is appealing the decision, with an appeals court hearing slated to begin on 4 March. Sandoz hopes to be the first to market in the US with a biosimilar version of Enbrel.

In the meantime, the company is focused on the launch of Ziextenzo (pegfilgrastim-bmez), a biosimilar of Amgen’s Neulasta, which was approved by the FDA in November. It is the third biosimilar of Neulasta on the US market, so the launch represents an interesting test case for how a multi-biosimilar market might unfold.

Sandoz is hoping to leverage its position in the market with Zarxio (filgrastim-sndz), a short-acting product and the first biosimilar to launch in the US, in 2015. With its longer history in the market, Zarxio has been one of the most successful biosimilar launches commercially in the US, having achieved a number one market share by volume three years after launch, according to Sandoz.

Lynch said Ziextenzo has already made some notable inroads when it comes to market access. “When we come to customers, we are a known entity,” she said. “We’ve got a great reputation not only for the way we do business, but also the fact that we’ve got good quality reliability in terms of our supply chain, and that’s really important when they are switching patients.”

The company is also leveraging the commercial experience with Zarxio to invest fewer resources behind the launch. This is a critical element of being successful in biosimilars, an area that needs to function differently from the branded space to be profitable, Lynch explained.

“We have less resources behind pegfilgrastim at launch than we had with Zarxio because of course that path has already been carved now and we can just follow our footsteps,” she said. “You have to be judicious about how you invest your money and be really clear at the time exactly about why you are doing this and to what end.”

An Inflection Point For Biosimilars

While the US biosimilar market has been slower to get off the ground than many players had anticipated, Lynch said biosimilars appear to be turning a corner commercially.

“I think we are at an inflection point now with the biosimilars in the US,” Lynch said. The sheer number of new biosimilars hitting the market is helping to fuel momentum as payers and physicians gain experience with the products, she said. Several new biosimilars of drugs like Herceptin (trastazumab), Rituxan (rituximab) and Avastin (bevacizumab) have recently launched.

“It just means that everyone is gaining in confidence, whether it is from the payer side to the buy-and-bill side with how to make it work in your practice to the patients getting familiar with the products,” she said.

Lynch also said payers are starting to broaden the market access to biosimilars. One of the big challenges for biosimilars has been going up against the high volumes, and thus high rebates, that come with long-standing mature brands. For example, Pfizer and Merck & Co. have struggled to make inroads with their respective Remicade (infliximab) biosimilars Inflectra and Renflexis because of Johnson & Johnsons’s defensive rebating initiative for Remicade.

Lynch said payers appear to be trying to figure out the logistics to resolve the rebate wall hurdle because their own long-term financial forecasts include big savings from biosimilars, and that is motivating them to make changes.

“The conversations actually are not as difficult as you might imagine in some cases,” she said. “There is a lot of pressure generally in the system that people need to do the right thing. There is so much discussion ongoing, especially in an election year, around the cost of health care and here is a solution in biosimilars that is available and not being used.”

Some policy initiatives have been put forward in the US to support biosimilar uptake that Sandoz supports. One Lynch highlighted, which appears to have some bipartisan support, is a Medicare change that would increase reimbursement for biosimilars from an average sales price plus 6% to ASP plus 8% for five years. PS141047 Another is a proposal by the Centers for Medicare and Medicaid Services that would allow plans to add a second preferred specialty drug formulary tier with lower cost sharing starting in 2021 to encourage uptake.

Another area Sandoz is looking to make a big entry into is insulins. The company announced an agreement in December 2018 with the Chinese insulin supplier Gan & Lee to bring a portfolio of biosimilar insulins to market in the US, including insulin glargine, insulin lispro and insulin aspart.

“This is a space we want to play in,” Lynch said, pointing to the high need for cheaper alternatives. The company has not disclosed a timeline for getting biosimilar insulins to market.

The FDA is the midst of reclassifying insulins as biologics, along with some other protein products that were originally approved as drugs, which will open up the biosimilars pathway. The transition, which has been in the works for years since it was required under the Biologics Price Competition and Innovation Act (BPCIA) in 2009, will finally go into effect on the 20 March. The change could have implications for some insulin products that have already been filed or approved by the FDA, and Lynch said she is watching closely to see if the agency reclassifies any of those products as interchangeable biosimilars.

Another area Sandoz may consider moving into via a partnership or licensing arrangement is in the oncology space beyond supportive care products like Zarxio and Ziextenzo, where Lynch said Sandoz has a portfolio gap it is looking to fill.

Sandoz markets versions of Rituxan outside the US but backed out of a plan to commercialize the cancer drug in the US in November 2018 after the FDA requested additional information on the application. The company said it believed the marketplace needs would be satisfied before it could generate the necessary data.

More recently, the company announced in February that it will discontinue development of an Advair (fluticasone/salmeterol) generic, a small molecule drug combination that is considered complex because it is delivered through a device to the lungs. Sandoz had been working on the product for nearly 10 years but so far only one generic version of GlaxoSmithKline’s Advair has reached the market, Mylan’s Wixela Inhub.

Lynch said Sandoz is still interested in the respiratory therapeutic area because of the high bar to market and the big need in asthma and chronic obstructive pulmonary disease for affordable treatments.

“This is what we like, things that are really hard to do, because it means that few people can do it,” she said. “We will have some hiccups along the way, but we will have successes.” Working in biosimilars means acknowledging the higher costs and risks in development and mitigating those risks as much as possible, she said. “It’s part and parcel with the business. You don’t win on everything.”

This article┬Āwas first published on 14 February 2020 in SCRIP.

Jessica Merrill is a Bureau Editor for US Commercial Content for InformaŌĆÖs pharmaceutical news publications, including ŌĆ£The Pink SheetŌĆØ and SCRIP. She has been covering the pharmaceutical industry as a journalist for more than 10 years, and can be reached at Jessica.merrill@informa.com or @Jessicaemerrill