Cytiva provides its FlexFactory solution, as SaudiVax looks to meet vaccines and biologics demand in the Middle East and Africa.

The FlexFactory platform is being installed as part of Saudi ArabiaŌĆÖs Saudi Vaccine and Bioprocessing Center (SVBC), which will become the first bioprocessing facility for halal vaccines in the region.

It also represents new ground for Cytiva, with the FlexFactory installation being the first for the company in the Middle East and North African (MENA) region. 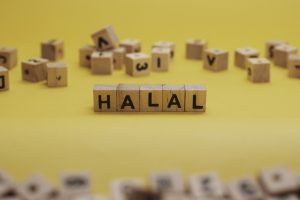 The SVBC is backed by the Saudi Arabian government and located in the King Abdullah University of Science and Technology (KAUST) Research and Technology Park, north of Jeddah. Production at the site is expected to begin in 2022.

A spokesperson for SaudiVax explained to Bioprocess Insider what makes a vaccine or biologic halal: ŌĆ£In the development of vaccines/biologics, scientists use live cells that need nutrients to live and survive. These nutrients could include elements that are not considered halal ŌĆō which means permissible under Islamic law ŌĆō for example, ingredients derived from pigs, like bile.ŌĆØ

Regarding how large of an issue non-halal vaccines and biologics are in the region, the spokesperson outlined that the lack of an alternative means that, for the most part, such therapeutics are acceptable to many Muslim countries.

However, there are some countries where the lack of alternative can be a problem, ŌĆ£especially countries with inconsistent suppliers or suppliers who are not known globally,ŌĆØ they added.

Set up during pandemic

One of the issues that the current pandemic has introduced is the difficulty in the establishment of a manufacturing center whilst travel between countries has been restricted.

Cytiva navigated this by conducting Factory Acceptance Testing (FAT) remotely, instead of members of the SaudiVax team visiting CytivaŌĆÖs site in Sweden. This was managed though the use of cameras, digital platforms and an interactive online environment.

According to a spokesperson from Cytiva, prior to COVID-19, this process had always been carried out in person. Despite this, they described how ŌĆ£the remote FAT allowed SaudiVax to evaluate the equipment and work with Cytiva to identify any potential problems prior to installation.ŌĆØ

As a result, the project moved forward without delays and on the timeline required for SaudiVax, Cytiva stated.

Despite the difficulties posed by the pandemic, Cytiva has experienced increased demand and an upsurge in orders, parent company, Danaher Corporation, revealed in a quarterly financial update.

The aim for the center is to develop and manufacture vaccines and biologics that will be available to Saudi residents, but also to visitors to the region.

With millions of visitors each year to the country, through individuals attending the annual Hajj or making the year-round Umrah, SaudiVax stated the risk of the spread of communicable disease is increased, due also to the proximity during pilgrimage events. According to research, this has previously resulted in local and international outbreaks of meningococcal disease.

SaudiVax will create vaccines and biologics specifically to counter regional diseases likely to pose a threat to those living in Saudi Arabia and visitors alike, such as against Middle East respiratory syndrome Coronavirus (MERS-CoV).

Wider than Saudi Arabia, the company also plans to distribute vaccines and biologics produced at the facility to the MENA region, with the aim of increasing access to vaccines 20-fold.