With China set to become a major hub of biotech innovation, Lonza CEO Marc Funk says the CDMO will take a pragmatic approach to expanding its position from “timid actor” to major player in the region.

When Marc Funk became CEO of Lonza in March 2019, he had two immediate objectives. The first was to carve out the contract development and manufacturing organization’s (CDMO) Specialty Ingredients segment (LSI) and the second was for the firm to be recognized more of a global company.

Funk moved quickly on the first, announcing the separation of the LSI unit in June, but the second involves breaking into the Chinese market. 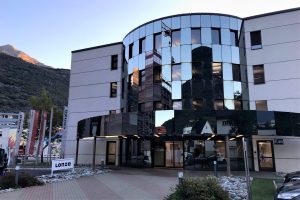 “We have clients in Europe, in the US but less so in China. If one aims to project where most of the innovation is to come it is going to be in these three different parts of the world,” he told Bioprocess Insider during a visit to the company’s founding site in Visp, Switzerland.

“We have to acknowledge that the biggest pool of start-up biotech will come in the future from the United States and China,” he added.

As well as its native Switzerland, Lonza has biomanufacturing capabilities is the US, Singapore, Spain and the UK.

Last December, however, the CDMO announced plans to build a 17,000 m² plant in Guangzhou, China based on GE Healthcare’s off-the-shelf modular KUBio platform.

“We designed the plant with the aim to start the presence in China in the mammalian biological space,” Funk said. “I feel this as a step to be more familiar with this part of the world; [we are] being a timid actor yet we aim to learn as fast as possible.”

Lonza has historically invested – and continues to invest – in larger-scale stainless steel. And while the firm is no stranger to disposable technologies, going fully single-use at the Guangzhou plant is a pragmatic way to test the market. 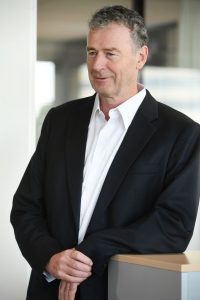 “We know that the disposable technologies provide a certain answer to client needs locally and globally. That helps us to then better understand whether we could also be good with stainless steel large tanks,” he said. However, “we have to understand first how successful we can be there.”

While achieving a fully ‘global’ reputation is the goal, Funk said this would not be to the detriment of the firm’s Swiss heritage and ethos.

“The Swissness of the company should not disappear,” he told us. “Swissness means there are certain values to certain expectation quality-wise that we don’t compromise [and] we will reinforce this in the future.”

The CDMO has a strong presence in the US and Europe, but “business wise we have to make sure that we are also better known and more active in other areas of the globe, but as a Swiss company.”