The investment increases the firmŌĆÖs output by about 25%, CEO Colin MacKay told this publication, and will help feed the demand aseptic GMP manufacturing (fill/finish) services. 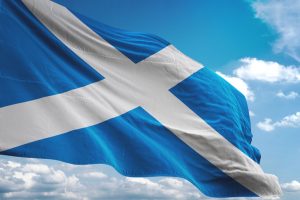 ŌĆ£Expansion of the business relates specifically to the companyŌĆÖs core expertise in providing aseptic GMP manufacturing (fill/finish) services. That focused service offering addresses the sustained demand for our sterile manufacturing services and in the niche Advanced Therapeutic Medicinal Product (ATMP) and viral vector sub-markets in particular.ŌĆØ

He added that the firm is experiencing strong growth in its sterile manufacturing capabilities and this will drive further expansion plans next year.

ŌĆ£In 2020, Symbiosis will increase its manufacturing output by a further 25% and plans are in place to successfully achieve that. This will involve leveraging the existing physical cleanroom manufacturing infrastructure in tandem with increasing headcount, the introduction of targeted automation, and optimizing operational utilization to provide more manufacturing slots for both clinical and commercial sterile biomanufacturing batches.ŌĆØ

While Symbiosis does not manufacture drug substance, the firmŌĆÖs sterile manufacturing capability is leveraged by many clients who do, giving the CDMO some insight into the current state of capacity availability in the UK.

ŌĆ£There is a relative shortage of biologics manufacturing in the UK, although there are several companies who have strong international reputations for their expertise in synthesizing biologics,ŌĆØ said MacKay.

However, he added, the UK government has pushed through measures to encourage growth in the sector, he continued, with grants and industry collaboration.

ŌĆ£We have direct experience of how the UK Government has affected this through our successful Innovate UK grant awards and our joint projects with the likes of Cobra Biologics and the Cell and Gene Therapy Catapult (CGTC) in Stevenage.

ŌĆ£I would offer these as great examples of how UK Government funding is making a direct and meaningful contribution to the development of the UK biologics/ATMP drug development supply chain.

ŌĆ£I would however equally highlight that in comparison the State or Federal public funding support for equivalent industry development in some parts of the United States is probably several orders of magnitude greater than in the UK. Having said that, the UK is a centre of genuine ATMP and drug development excellence and continues to attract partners from around the world keen to access that World Class capability.ŌĆØ