CDMO ten23 health is supporting customers to develop an on-body-injector platform, which it says could lower overall treatment costs.

â€śInstead of holding and keeping in position a syringe for the time of injection, on-body-injectors are stuck to the body,â€ť explained Michael Petersen, ten23’s chief commercial officer. 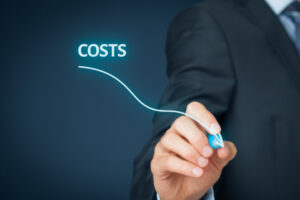 â€śA button is pressed, and a small motor is moving a thin needle into the skin followed by the injection, often over an extended period like 10-30 minutes.â€ť

Petersen added that an on-body-injector does not act as â€śan alternative to a simple flu shot, but in some cases [could be] a replacement for infusions given in a hospital setting.â€ť

While the CDMO could not disclose specific customers it is supporting, the firm said that as the on-body-injector platforms contains a small container with active pharmaceutical ingredients (APIs) inside, pharmaceutical development is required.

Ten23â€™s role includes â€śinvestigating the interaction of the container with all its components and the active ingredient and the injector itself; to ensure a safe and reliable therapy for the patient.â€ť

Additionally, the firm is providing this pharmaceutical development as a service, which also includes sterile filling of the containers to enable production of the â€śloadedâ€ť injectors that are used for clinical studies as well as market supplies.

According to ten23, self-treatment options like the on-body-injector, could reduce treatment costs overall.

â€śThe higher cost of the device versus a classical syringe will be compensated by lower costs for the hospital, doctor or nurse administering a classical syringe or infusion. In addition, the resulting subcutaneous injection is considered safer than a classical infusion. In principle, it can be compared with insulin pens, which have become the standard of care and replaced insulin ampoules and syringes against diabetes.â€ť

The CDMO did, however, note that the number of applications of the on-body-injector is still under development and therefore limited. Furthermore, â€śthe technology is not expected to replace syringes completely, because the presence of a nurse or doctor is often required during the administration for medical reasons.â€ť

According to the firm, the development and production of products like this is also â€śmore demanding than standard syringes of vials,â€ť which is why various companies use CDMOs.