The US FDA has approved Abecma (ide-cel); the first CAR-T for a non-CD19 target and the second cell therapy in eight weeks for Bristol-Myers Squibb.

This weekend, the US Food and Drug Administration (FDA) approved Abecma (idecabtagene vicleucel, commonly referred to as ide-cel) as the first cell-based gene therapy for the treatment of multiple myeloma. 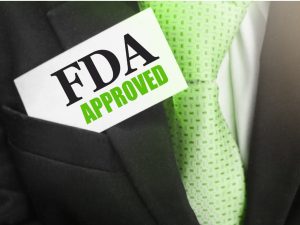 The autologous therapy is made using a patientŌĆÖs own T-cells, which are collected and separated by apheresis, before being engineered to include a new gene that facilitates targeting and killing myeloma cells based on a modified lentivirus.

Rekindling of the CAR-T industry

The news represents a series of firsts in the healthcare space; the first CAR-T approval for a non-CD19 target (BCMA), the first CAR-T for relapsed or refractory (r/r) multiple myeloma, and ŌĆō for Bristol-Myers ŌĆō the first company to attain approval for two CAR-T products targeting different disease areas.

In February, Bristol-Myers won US approval for Breyanzi (lisocabtagene maraleucel, aka liso-cel) for the treatment of large B-cell lymphoma (LBCL).

But the news may hold wider repercussions for the cell and gene therapy sector according to Anthony Davies, founder and CEO at Dark Horse Consulting.

Writing on LinkedIn following the approval, he noted that while the first two CAR-T therapies ŌĆō Kymriah (tisagenlecleucel) and Yescarta (axicabtagene ciloleucel) ŌĆō were approved in 2017, the momentum has since slowed down, indicating perhaps that the industry went off on a false start.

Though 2018 saw Kymriah approved in a secondary indication, until FebruaryŌĆÖs approval of Breyanzi only one other CAR-T has been given the thumbs up by the FDA: GileadŌĆÖs Tecartus (brexucabtagene autoleucel) for the treatment of mantle cell lymphoma (MCL) in July 2020.

ŌĆ£Few of these approvals have been smooth, most often for CMC concerns, not least the delays relating to the two most recent approvals, which included a 483 for a CMO [in the manufacture of Breyanzi] and an RTF [refuse to file letter] for the original Abecma BLA submission,ŌĆØ he said. ŌĆ£And some of these products are believed to have ongoing CMC issues.ŌĆØ

However, with two CAR-T products approved in the first quarter of the year, he added a note of optimism: ŌĆ£Perhaps we are turning a corner here, and 2021 will be the year that cell and gene therapy approvals resume the rate we all hoped for back in 2017.ŌĆØ

Within just the multiple myeloma space, 2021 could see another CAR-T approved in the firm of J&J/Legend BiotechŌĆÖs ciltacabtagene autoleucel (cilta-cel). Accelerated assessment of the Marketing Authorisation Application (MAA) was granted last month, and according to Luca Issi, an analyst at RBC Capital Markets, approval by the year end could be possible.

Development ŌĆ£is likely only a few months behind,ŌĆØ he wrote in a note, adding it could bring bad news for Bristol-Myers as J&J and Legend have ŌĆ£directionally superior dataŌĆØ for its candidate than Abecma.

Meanwhile, according to the Alliance for Regenrative Medicine annual report, there were 25 cell-based immuno-oncology candidatesin Phase III clinical trials in 2020.