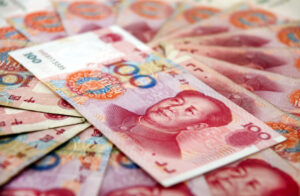 When finished, the Guangzhou site will include 30 production suites designed to manufacture lentiviruses, plasmids, messenger RNA (mRNA), adeno-associated viruses (AAV), cell lines and other types of viral and non-viral vectors. VectorBuilder says its products allow biopharmas to focus on their candidates instead of developing their own vectors. The new Guangzhou campus, which will take four years to complete, is part of the companyâ€™s global expansion.

In addition to the companyâ€™s range of vector systems for both viral and non-viral gene delivery, the company also offers a wide range of CRO services for gene delivery applications in basic research and drug discovery.

With offices in China, Japan, South Korea, Germany, the UK, Australia and Israel, the company has so far worked with over 4,000 research organizations and biopharmas around the world.

VectorBuilder says it has partnered with thousands of labs and biotech/pharma companies around the world, offering design, development and optimization of gene delivery products for uses that range from basic research to clinical trials. The companyâ€™s proprietary Vector Design Studio allows researchers to design and order custom vectors online, or clients can order from its catalog of available products.

The Guangzhou site will also house a research institute to develop gene delivery technologies that advance efficiency, safety, cost and payload to meet the demand for vector-based vaccines and virus-based cancer therapeutics.

This article was first published in ChinaBioToday on October 25.