WuXi Biologics has formed a vaccine production division to service a $3 billion strategic partnership with an unnamed global pharma.

WuXi Vaccines is a joint venture between contract development and manufacturing (CDMO) WuXi Biologics and Shanghai-based Hile Bio-Technology. The new entity has been formed to service a Letter of Intent (LOI) inked with a multinational vaccine company.

The client has not been disclosed, but WuXi Biologics CEO Chris Chen told Bioprocess Insider the strategic partnership will allow the vaccine developer to bring its product, currently in clinical trials, to the Chinese market. 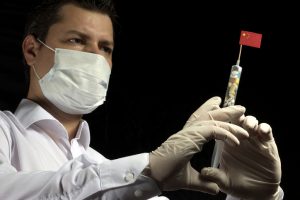 WuXi Vaccines has been formed to support vaccines in China. Image: iStock/Golden_Brown

â€śOur strong expertise in regulatory and quality system of biologics and Hileâ€™s abundant experience in vaccine have a good complementarity, which will take advantage of the opportunities of global vaccine market,â€ť Chen said.

WuXi Vaccines estimates the 20-year manufacturing contract to be worth more than $3 billion (â‚¬2.7 billion).

According to Chen, vaccines are the next area of growth for WuXi Biologics. â€śOnce this project is initiated, our vaccine business will contribute substantially to the growth of WuXi Biologics,â€ť he said. Chen also hopes to win similar contracts with other vaccine developers going forward.

To service the deal, WuXi Vaccines has begun scouting for a dedicated vaccine manufacturing site. The details are still under consideration, Chen said, but he confirmed it will be equipped with single-use bioreactors.

In related news, WuXi Biologics announced last year that its first manufacturing site outside of China would be in County Louth, Ireland, and this week the firm has announced it has contracted construction management services firm Jacobs to make the facility a reality.

â€śWuXi has given us the opportunity to deliver a state-of-the art project to help them serve a global patient population, while furthering the ambition to make Ireland a global center of excellence in biologics, driving investment in Co. Louth and creating highly skilled jobs,â€ť said Jacobs Buildings, Infrastructure and Advanced Facilities SVP Ken Gilmartin.