Executives from Novavax, Fujifilm, and Biocon have called for standardized processes and simplified regulations after a Cytiva-led survey showed improving manufacturing agility is a major priority for biopharma.

A survey of around 1,100 senior executives across 20 countries commissioned by bioprocess vendor Cytiva has highlighted industryâ€™s confidence in the biopharma space. With respondents scoring several sectors within the industry, the Biopharma Resilience Index averaged an overall score of 6.6 out of 10.

But according to Hannah Freegard, senior editor at Longitude, which carried the research, confidence in manufacturing agility was among the lowest of the five pillars, scoring 6.5. (Talent pool was lowest, while the others pillars were supply chain resilience, the R&D ecosystem, the talent pool, and government policy and regulation.) 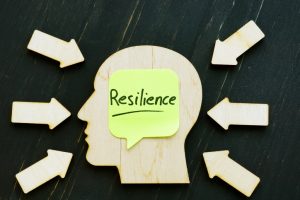 â€śThe data really reveals that manufacturing, improving manufacturing agility is a top priority for firms over the next few years,â€ť she said at a virtual event analyzing the Index, attributing the reason to a skills barrier in the industry and the slow adoption of digital technologies. â€śWe found only around 20% of the executives we spoke to said the adoption of digital and emerging technologies, such as AI and automation is already common within the industry within their country. So that’s kind of a critical challenge.â€ť 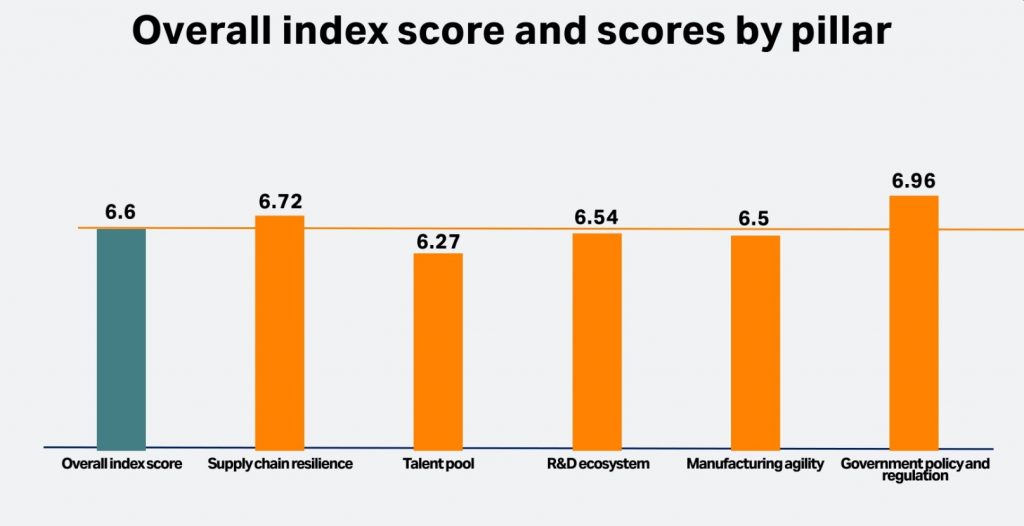 â€śWe have created many different ways to do very similar things within this industry and we’ve all been part of that. And as we look forward, we have to bring a huge increase in the level of standardization that we’ve got in the way that we go about thing. It is much easier for [Cytiva] to keep on stock three things that I’m ordering, rather than the 20 to 30 things that I’m ordering at the moment.â€ť

He cited Cytivaâ€™s Xcellerex range of bioreactors as an example of flexible equipement. â€śThis allows me to make medicines across all of the modalities. I can make antibodies that can make baculovirus, I can make adenovirus, lentiviruses, AAV,â€ť he said. â€śMaintaining equipment and processes that have that level of flexibility will allow us to react and be very agile as we move forward. But I think as an industry, we’ve got to focus on just ensuring that we build increased levels of standardization and simplicity in there, that really will push the resilience up within this index, I think.â€ť

Discussing the results further, Stanley Erck, CEO of Novavax, said he understands the need for agility first-hand as his firmâ€™s COVID-19 vaccine has sped through the clinic over the course of the past year.

â€śWe’re doing something that probably, I think is, as one of these words that we use all the time now is unprecedented. We’re going from from zero manufacturing sites to eight biologic manufacturing sites at commercial scale, and we’re setting them up all at the same time. You can imagine that the tech transfer and the supply chain is absolutely critical,â€ť he said.

Regarding the staffing issue, Novavax has â€śbeen lucky,â€ť he admitted. â€śWe’re in places where we can recruit. The silver lining of a pandemic is that it’s much easier to recruit when you have a mission that is so important and so recognized by everybody that people want to be part of it. And so we’ve been able to recruit, and that gives us the agility to move in many different countries at the same time.â€ť

Kiran Mazumdar Shaw, executive chairperson at Indian drugmaker Biocon, agreed that â€śit’s absolutely crucial for manufacturing to be both agile and flexible.â€ť However, she said regulatory simplification would be key in driving this going forward.

â€śWith all the digital technologies and sensors that we have now available to us, I think it’s time to revisit the way we look at regulatory requirements,â€ť she told the panel.

â€śYou need so many different components to run manufacturing with because regulators don’t allow you to change things easily [and so] we need a lot of flexibility in that. With data science, analytic, sensors, and the kind of means that we have today to show compatibility, I’m sure we can simplify regulations, and make manufacturing far more efficient. For instance, we keep having to take media fills so often, and I don’t see why we need to do that and disrupt production when we can actually use technology to answer many of those questions.â€ť