Marc Funk has joined CDMO Recipharm as its new CEO, while Moderna pinches Novartis’s chief legal officer. Meanwhile, there are high level changes at Univercells Technologies. Itâ€™s lovely to have you here for another BioProcess Insiderâ€™s, Ins & Outs.

This week, Marc Funk announced on LinkedInÂ  that he has joined Recipharm as CEO. Funk has replaced contract development manufacturing organization (CDMO) Recipharmâ€™s former CEO, Thomas Eldered who had held this position since 2008.

â€śIt is a great pleasure to be the CEO of Recipharm. The company has a remarkable history, having grown from a single manufacturing plant to a leading CDMO partner to the pharma and biotech industry,â€ť said Funk. â€śI intend to build on this impressive legacy of success with a new phase of growth.â€ť 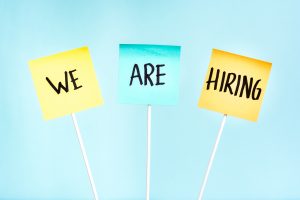 Funk previously served as CEO for Lonza, however he stepped down from his position after just nine months due to personal reasons.

In a statement sent to BioProcess Insider, Recipharm said: “Recipharm has announced the appointment of Marc Funk as the new CEO of Recipharm. Thomas Eldered remains on the board of directors and will continue to be involved at a high level.

“Marc brings with him a wealth of experience in the CDMO industry having formerly worked at Lonza and Merck. As the new CEO of Recipharm he will lead our team to drive a new phase of growth at Recipharm by meeting market opportunity with strong capabilities.”

Last week, Moderna appointed Shannon Thyme Klinger as its chief legal officer effective as of June 1,Â  2021. Klinger will also take position as corporate secretary, which will see her report to CEO, StĂ©phane Bancel and serve on the companyâ€™s executive committee.

â€śShannonâ€™s deep global experience in the pharmaceutical industry in both the general counsel and ethics and compliance roles are critical toÂ ModernaÂ as we pivot to a broad international and commercial footprint,â€ť saidÂ StĂ©phane Bancel, â€śHer combination of skills across corporate, life sciences, pharmaceutical technology, commercial and multi-national sectors, and her passion for ESG and public health will helpÂ ModernaÂ advance our core technology platform, engage critical partners across the globe and help us expand and capitalize on our growing international presence.â€ť

Klinger will join the company from Novartis where she has held position of chief legal officer since 2018. Klinger also served as chief ethics and compliance officer and global head of litigation during her ten-year tenure at the firm.

â€śMathias joined Univercells in 2015 as chief financial officer to conduct Univercellsâ€™ financial strategy and fundraising activities,â€ť a spokesperson told BioProcess Insider. â€śHe then acted as a chief commercial officer from 2017 and played a key role in the companyâ€™s development and commercialization efforts of its technology portfolio including the scale-X single-use bioreactors range and the NevoLine biomanufacturing platform.â€ť

This month, the firm announced High Purity New England (HPNE) will market and sell its products in the US after the two firms entered an agreement.