Just-Evotec Biologics has entered an agreement worth $28.6 million with the Department of Defense to manufacture monoclonal antibodies for the development of anti-SARS-CoV-2.

The collaboration started in July 2020 and resulted in rapid process development and manufacturing of mAbs against COVID-19.

To meet the expanded contract obligations, the firm will use its J.POD facility in Redmond, Washington â€“ 15 miles east of Seattle â€“ to manufacture SARS-CoV-2 mAbs as a potential treatment for COVID-19. The firm has said it will also potentially develop a prophylaxis. 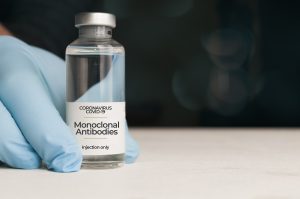 Under the continued agreement, the Department of Defense (DOD) will have priority access to Just-Evotec biomanufacturing capacity for seven years. However, Just-Evotec could not provide an expected timeline to produce monoclonal antibodies (mAbs) and/or prophylaxis for COVID-19.

â€śThis cGMP biologics production facility will initially have two production trains come online later this year,â€ť Just told us. â€śThe flexible facility design and the continuous manufacturing platform employed allows for rapid expansion, up to 6 production trains, to accommodate the future needs of our other partners.â€ť

Last year, Just confirmed Merck & Co. (known as MSD outside of North America) reserved capacity at its J.POD site for $15 million to produce biologics including recombinant proteins and monoclonal antibodies.

Just said â€śWe have been in the process of building a J.POD manufacturing facility in Redmond for over a year now. We will start up the facility and do some work for the DOD there in the second half of the year.â€ť