Professionals suggest that manufacturing capacity concerns in the cell and gene therapy space have lessened but a lack of adequate staffing is a growing fear.

ConversationŌĆÖs like this usually happen on the floor of exhibition centers. However, while face to face events are months away, BioProcess Insider has turned to LinkedIn to explore online discussions. 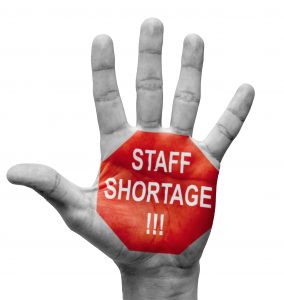 The question sparked response from other professionals, with many sharing the opinion that manufacturing capacity is still a prevalent issue, but not as worrisome as the lack of adequate staffing, particularly in the cell and gene therapy space.

ŌĆ£There is even a greater need for manufacturing capacity of cell and gene therapies now than 5 years ago,ŌĆØ said Fabio D’Agostino, a consultant and venture partner at Claris Ventures.

Reinout Hesselink, owner at R.H. Cell Therapy Consulting, added that not only does manufacturing capacity remain a bottleneck but the traditional biopharma demand and supply model has changed for advanced therapies. ŌĆ£It is not that it is a matter of a relatively low number of clients who need a high volume produced (as is the case in more established biologics) but a high number of clients who at the moment need low batch numbers and low volumesŌĆØ

While he stated there may still not be enough square feet to cover all needs, he admitted ŌĆ£building facilities is relatively easy and fast to do,ŌĆØ but ŌĆ£without proper staff though, facilities are almost pointless.ŌĆØ

Staff shortages are not a new issue. In 2018, BioPlan Associate’s Eric Langer revealed hiring is one of the biggest problems facing the biopharma industry with 40% of the industry unable to hire the people it needs.

The lack of trained staff was echoed by others on the platform. Emily Hopewell, director of Cell and Gene Therapy Manufacturing at Indiana University said, ŌĆ£We have reached a point where training programs are needed.ŌĆØ

Analyst, Bryan Kennedy joined in: ŌĆ£The industry needs to do more to create a pipeline of qualified talent to meet the demands of this new era of medicine,ŌĆØ he said.

ŌĆ£The talent does not exist, we have to create and repurpose workers to meet this massive demand. I believe the GMP problem can easily be solved with an apprenticeship approach, just look at the rapid success of Cell and Gene Therapy Catapult.ŌĆØ

This month, Cell and Gene Therapy Catapult (CGTC) announced that the workforce needs to double by 2024. To do so, it launched the Advanced Therapies Skills Training Network (ATSTN) which contains three different parts: an online training platform, national training centers and a career converter platform.

One thought on “LinkedIn lowdown: Without staff, what good is manufacturing space?”