Merck & Co. may look to repurpose some US facilities to support production of potential COVID-19 therapy MK-7110.

In December 2020, the US Department of Health and Human Services (HHS) struck a $356 million deal with Merck & Co (known as MSD outside North America) to support production of MK-7110, a recombinant protein in Phase III trials as a therapy to treat hospitalized patients with acute COVID-19.

When announced, HHS said the Operation Warp Speed (OWS) collaboration was the latest example of company and government moving â€śpotential therapeutics all the way from development through to manufacturing, enabling faster distribution,â€ť and hoped for delivery of â€śup to 100,000 doses of MK-7110 by June 30, 2021.â€ť 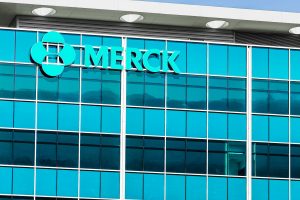 Merck said it is investing to meet the capacity needs for MK-7110 but details as to how it will do this were not revealed. However, on January 6 Homeland Preparedness News reported that Merck is going to repurpose four of its US facilities.

The article has since been taken down and Merck spokesman Patrick Ryan confirmed to Bioprocess Insider that repurposing plans are yet to be decided.

â€śWe have not signed a deal. We continue to engage with the US government and other governments around the world regarding our vaccine and therapeutic programs,â€ť said Ryan.

According to its 2019 annual report, Merck has manufacturing operations at its Whitehouse Station, New Jersey site, along with nine locations in the United States and Puerto Rico.

â€śWith respect to MK-7110, Merck acquired OncoImmune to bring our resources and capabilities to help scale up manufacturing and make this potentially important medicine available as rapidly as possible.â€ť

With the unprecedented demand for COVID-19 vaccines and therapies, companies have opted to repurpose facilities to excel production. For example, Regeneron moved products out of its Renselaar, New York facility to Ireland to make way for COVID-19 mAbs.

Neil Stahl, executive vice president of Regeneron told investors in September: â€śWeâ€™re actually actively moving some of our products that are manufactured here in Rensselaer at our manufacturing facility [â€¦] so that we can have even more capacity here.â€ť