Moderna is ŌĆśeagerŌĆÖ to sell its mRNA vaccine in China but balks at the idea of transferring its technology or building a manufacturing facility in the country.

Either way, Moderna assumes it would lose effective control of its intellectual property, which it refuses to do, citing worries that its reputation would suffer if a partner produced unsafe/lower quality vaccines. 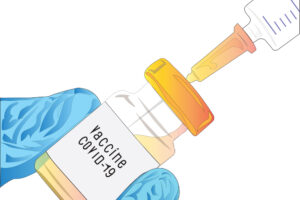 After discussing the issues in 2020 and 2021, Moderna decided that no compromise acceptable to both parties was going to happen and backed away from the negotiations.

Moderna is clearly protective of its technology. It recently went to court against Pfizer and its German partner BioNTech, alleging that their partnered COVID vaccine violated ModernaŌĆÖs mRNA patents of 2010 and 2016. ThatŌĆÖs a story that will probably take years to resolve itself, given the enormously high stakes and usual duration of complicated patent disputes.

For its part, China seems adamant about keeping all ex-China COVID vaccines out of China. Fosun, which scored an early deal with BioNTech (before Pfizer signed on), has never been granted approval in China for its mRNA COVID vaccine.

On the face of it, BioNTech signed up with a China partner to produce and commercialize the vaccine in the mainland, which satisfies ChinaŌĆÖs stated requirements for approval of a foreign vaccine. ItŌĆÖs possible the Fosun deal did not contain an IP transfer ŌĆō it wasnŌĆÖt discussed in the official announcements ŌĆō but Fosun did agree to build a production facility in China.

In fact, China has not approved any foreign COVID-19 vaccines and relies on several domestically developed shots. Because these products are not based on an mRNA technology, they donŌĆÖt have the higher-than-expected 90% efficacy of the Moderna-Pfizer vaccines.

ŌĆ£We would certainly be very eager to collaborate with China if they felt that there was a need for a vaccine there,ŌĆØ said Moderna chief medical officer Paul Burton last month. ŌĆ£Currently, there is no activity going on, but weŌĆÖd be very open to it.ŌĆØ

There is at least one more twist to this story. Last week, Moderna established a subsidiary in Taiwan which will make it easier for the company to collaborate with the nationŌĆÖs private and public sectors, as well as academia. Separately, starting in September, Taiwan has received four shipments of ModernaŌĆÖs next-generation COVID-19 vaccine targeting the BA.4 and BA.5 Omicron subvariants of SARS-CoV-2. TaiwanŌĆÖs clinics began administering the doses on September 24.

A version of this article was first published on October 4, 2022┬Āin ChinaBioToday