Having raised $150 million, Orchard hopes to expand its therapy pipeline into larger indications and says its HSC approach is not limited to the vector it uses.

The firm has said the funding will also aid the launch of gene therapy Libmeldy in Europe. Last year, the firm received approval for the one-time treatment which is used to treat children with metachromatic leukodystrophy (MLD).

Though often viewed as a single technology, the delivery mechanism, the vector, and the type of cell modified in gene therapy can conjure different approaches. Libmeldy is an ex vivo Hematopoietic Stem Cell (HSC) gene therapy. Â The company told us HSCs are central to Orchardâ€™s other products in its pipeline. 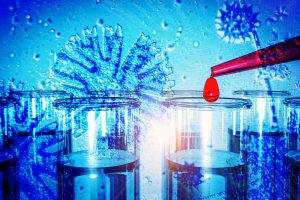 It also asserted that despite the use of a lentiviral vector, HSC is the facilitating technology in its gene therapy as it is not limited to the vector used.

â€śWe insert a working copy of the gene into the genome of HSCs, and once engrafted, these genetically modified cells can lead to multiple corrected cell types in the blood stream including white blood cells, red blood cells, platelets, and tissue macrophages,â€ť SVP, Leslie Meltzer told BioProcess Insider. â€śImportantly, the progeny of HSCs can migrate into multiple organ systems â€“ including the brain and GI tract.â€ť

The firm uses a lentiviral vector where genes can be inserted, deleted, or modified. Orchard told us lentiviral vectors are an â€śappealing choice because of its ability to stably integrate the genome and be passed on to all the progeny.â€ť

â€śHSCs are particularly appealing because of their intrinsic ability to self-renew which means that these cells serve as the repository of stem cells is expected for the lifetime of the individual,â€ť said Meltzer.

To expand into larger indications, Chemistry Manufacturing and Controls (CMC) will be used to improve efficiency and the firm tout manufacturing as a critical step to transforming the capabilities of HSC.

With growing clinical data available, the firm is confident â€śHSC gene therapy has the potential to make a durable impact in devastating disorders of the central nervous system.â€ť