A US FDA inspection of a fill/finish facility in Brussels has landed Catalent with another Form 483, this time with nine observations.

The Form 483 followed the inspection of the drug product, run by contract development and manufacturing organization (CDMO) Catalent, in August and September this year. 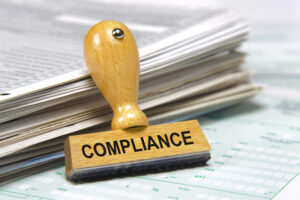 ŌĆ£Control over your instruments in the laboratory is deficient. QC instruments and equipment used for analysis of drug products and raw materials are not protected from manipulation and data integrity,ŌĆØ the Agency wrote in the latter observation. ŌĆ£You even have a procedure for changing the time and date in QC equipment and QC analysts can change date and time in the instruments following the instructions in these procedures and/or equipment manuals.ŌĆØ

The other observations included in the 10-page document were a lack of accuracy checks on computer inputs, issues with backup data, purchasing process control deficiencies, and the failure to carry out specific quality audits.

The 265,000 square-foot site, described as CatalentŌĆÖs flagship European syringe filling facility, produces over 175 million units annually. However, this is the second 483 Catalent has received at the facility in a year.

An inspection which took place between the 18th and 26th October 2021 resulted in a Form 483 with seven observations, BioProcess Insider reported back in January. At the time, a Catalent spokesperson attributed much of the FDAŌĆÖs comments at the sterile filling facility as primarily due to local HEPA filter system test deviations.

Furthermore, it is the latest compliance issue to hit the CDMO, as an inspection at its Bloomington, Indiana facility in August this year also led to a 483 with 12 observations including the FDA finding 179 occasions where particles ŌĆō black specks, foreign matter, particular matter, foreign objects and pieces etc ŌĆō were discovered in vials.