The US FDA has issued Indian drugmaker a 483 with five observations following a pre-approval inspection of an API plant in Bangalore.

[Story corrected 01/28 9am ET] – The US Food and Drug Administration (FDA) carried out the inspection at the site in Bangalore, India last week and issued a Form 483 with five observations.

â€śWe will respond to the FDA with a Corrective and Preventive Action Plan (CAPA) and are confident of addressing these observations expeditiously. We remain committed to global standards of Quality and Compliance,â€ť a company spokesperson said in a statement. 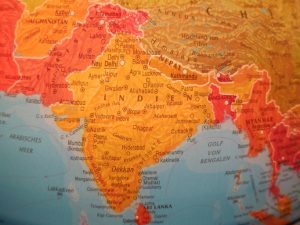 The firm did not provide details of the observations, but told this publication that they are related to a Pre-approval Inspection of a small molecule active pharmaceutical ingredient (API) manufacturing unit.

“We will not be able to disclose the name of the product.”

This Bangalore plant is the latest to receive a Form 483 with observations. Last February, an FDA pre-approval inspection of Bioconâ€™s insulin drug substance manufacturing facility, also in Bangalore, triggered by a New Drug Application (NDA) submitted by a customer, resulted in a Form 483 with six observations. It is not clear whether this is the same facility.

The same month, the FDA issued a Form 483 with two observations at Bioconâ€™s drug product plant in the Indian city, relating to issues with microbial prevention procedures and the firmâ€™s failure to fully investigate unexplained discrepancies.

A Form 483 only serve as a form of communication by the FDA relating to inspections concerns rather than an official warning letter relating to significant violations. While it does not demand, a response with a remediation plan can avoid further, more serious, regulatory actions such as a warning letter.

Biocon has not received a warning letter at any of its plants, but manufacturing concerns were cited in complete response letters (CRLs) sent to Mylan and Biocon in the FDAâ€™s rejection of an insulin glargine product submitted through the 505(b)(2) regulatory pathway as a follow-on biologic referencing Sanofiâ€™s Lantus.

â€śThe CRL has been issued pending completion of the Corrective and Preventive Actions (CAPAs) submitted to the US FDA in response to the observations made at the conclusion of the pre-approval inspection of our insulin manufacturing facility in Malaysia in June 2019,â€ť a Biocon company spokesperson said following the second rejection last August.

Speaking during Bioconâ€™s Q3 FY2020 results this week, chairperson Kiran Mazumdar-Shaw said her firm has â€śrecently responded to the CRL received from the US FDA and [is] working closely with the agency to address all questions related to the Malaysia facility clearance.â€ť

She added: â€śThe FDA has notified us that it plans to inspect our Malaysia Insulinâ€™s facility in February this year.â€ť

If approved, the product would be converted to a biosimilar insulin, rather than a follow-on, after 2018 legislation was adopted by the FDA to treat such products as biosimilars in efforts to promote access to lower-cost biosimilar drugs.

â€śFDA has set a target action date for our application in June and we remain on track for mid-2020 launch in the US.â€ť

Correction: The original article claimed the inspection was of a biosimilar plant. Biocon told us the plant affected is actually a small molecules API manufacturing unit.